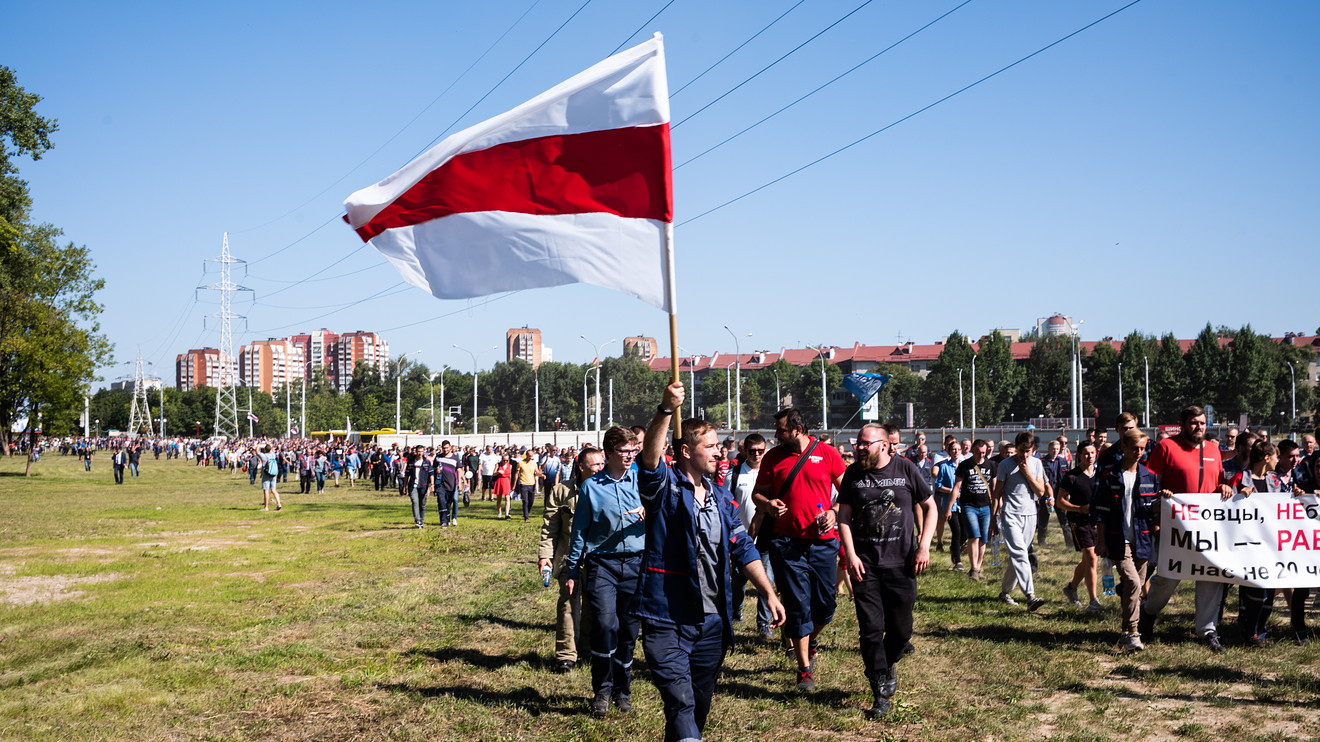 The Russian government said Sunday that it stood ready “if necessary” to assist embattled Belarus leader Alexander Lukashenko, as hundreds of thousands of protesters took to the streets to demand he resign after the Aug. 9 presidential election that took place amid widespread allegations of fraud.

• The Kremlin alluded to the existing “collective security treaty” signed in 1992, a year after the fall of the USSR, by former Soviet republics. It also said that “external pressure” was being applied on Belarus and that it was ready “to provide necessary assistance in ironing out emerging problems.”

• Opposition leaders have called for a general strike, starting Monday, after thousands of employees at state-owned factories stopped working Friday.

• Lukashenko said that he would be ready to “redistribute” power and change Belarus’s constitution, but would not do so under the pressure of street protests, the official Belta news agency reported on Monday.

• European Union foreign ministers have agreed to impose sanctions on the Belarus regime, targeting officials responsible for election fraud and those who masterminded violence against the protesters.

The outlook: If reason prevails, Russia has more grounds to stay away from Belarus than to intervene as it did in Ukraine in 2014. Lukashenko is deemed an unpredictable ally, the Belarus economy is sinking and heavily indebted to Russian banks, and the protests haven’t been particularly pro-Western and anti-Russian. Putin is likely to wait further before he ventures into a situation with little upside for him.