Home
Stocks
: Reports of COVID cases are growing on college campuses as schools bring students back for in-person classes
Prev Article Next Article 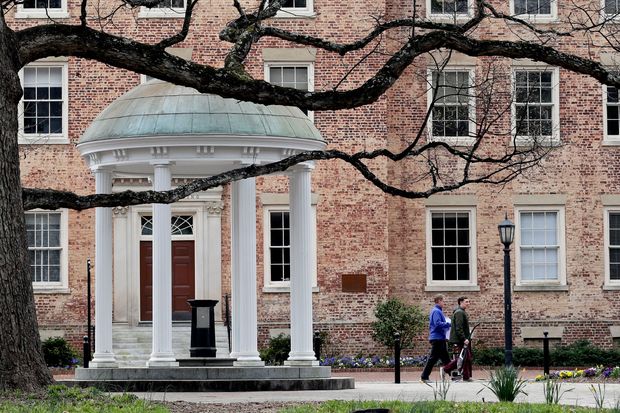 After months of anticipation over what an in-person college semester in the midst of a global pandemic might look like, we’re starting to get a sense — and so far it’s not going well.

Colleges across the country that have brought students back to campus are reporting dozens of positive cases of COVID-19. At Oklahoma State University, the school reported 23 positive cases tied to a sorority house over the weekend. At the University of Notre Dame, officials have identified 58 positive cases — most of which officials say can be traced to a single off-campus gathering — out of 502 tests since August 3.

At the University of Tennessee, officials have reported 28 positive cases, 20 of whom are students, since August 1. At Colorado College, 155 students are quarantining in their residence hall after being exposed to a student who tested positive for the virus.

And after observing a “significant rise” in positive cases between August 10 and 16, the University of North Carolina Chapel Hill announced Monday that it would switch undergraduate classes to remote instruction and reduce density in the residence halls. As of Monday afternoon, the school said there were 177 students in isolation and 349 in quarantine both on and off campus.

The announcement came in the wake of alerts sent to the campus community over the past few days identifying four clusters of positive cases in campus housing or off-campus housing tied to the university community. It also comes amid weeks-long pressure from faculty and an editorial in the student newspaper criticizing the school’s initial plan for some in-person classes.

Are you a student living on a college campus right now? We want to hear from you. Email jberman@marketwatch.com

“We all saw this coming,” the editorial board of the Daily Tar Heel wrote of the outbreak. “University leadership should have expected students, many of whom are now living on their own for the first time, to be reckless. Reports of parties throughout the weekend come as no surprise. Though these students are not faultless, it was the University’s responsibility to disincentivize such gatherings by reconsidering its plans to operate in-person earlier on.”

Professors have been modeling the diseases spread on campuses for months

The cases at UNC and elsewhere come after months of modeling, mask ordering and safety guideline drafting. They also follow weeks of hand-wringing over whether to reopen amid, in some cases, pressure from public health experts, faculty and students to remain largely remote and the weight of revenue pressure that could result from keeping a campus closed. For many colleges, the funds they get from students for on-campus housing represent an important source of revenue and almost all schools rely heavily on tuition, which they’ve worried families could be hesitant to pay for an all online experience.

The recent outbreaks raise questions about whether schools are doing enough to keep campuses, which are tightly intertwined communities susceptible to the virus spreading, safe.

“We are beginning to see that schools that chose only to respond once symptoms have occurred are like fire departments that respond only to alarms after the house has been declared to be burnt to the ground,” said David Paltiel, a professor at Yale School of Public Health.  “We explored thousands of scenarios and failed to find even one plausible circumstance under which that strategy would be able to contain an outbreak.”

Paltiel’s modeling suggests that without a plan to test students and those interacting with them regularly at least twice a week, colleges will likely be playing catch up to the virus.

That’s not a good place to start because even a relatively low infection rate on a college campus can spiral out of control relatively quickly, according to two experts who have been modeling the spread of COVID-19 on campuses since May.

When Jennifer Peck, an economist at Swarthmore College, and Phil Gressman, a mathematician at the University of Pennsylvania, first began looking at this issue a few months ago, they determined that some mitigation from universities — like requiring universal mask wearing, moving most large courses online and randomly testing 3% of the population on campus — could keep positive cases relatively low for the entire semester.

But the trajectory of the disease in the U.S. turned out to be much different than they expected in May. Now there’s a much higher prevalence of community spread than what their original model assumed would be the case at this time.

The two adjusted the model for our current COVID reality and some other factors, like for example only 80% mask compliance by students. The combination of higher prevalence in the community and not quite 100% compliance to guidelines made the number of positive cases go up, Gressman said.

The pair also learned that even a relatively small number of positive cases in a relatively large university community is something schools should be concerned about. Even a campus with 20,000 to 30,000 should start taking seriously the threat of the disease with the first positive case they see, Gressman said.

“There is this sense out there that cases are going to be happening on college campuses,” Gressmen said. “That’s really a dangerous way of looking at it.”

Schools are “at a crossroads,” Gressman said, “even though the semester has already started they really need to be reexamining what they’re doing.”