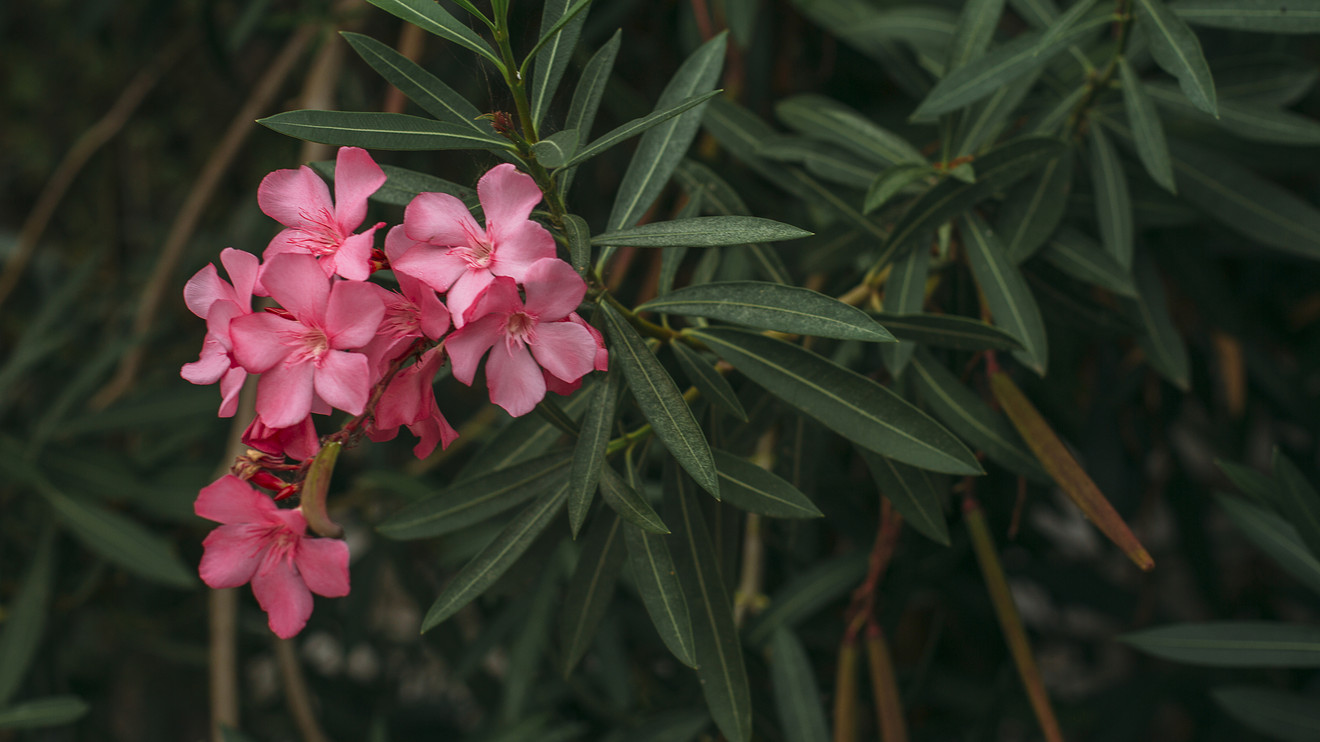 That would be oleandrin, an extract from the highly toxic oleander plant, which was pitched to the president by Housing and Urban Development Secretary Ben Carson and MyPillow CEO Mike Lindell in July. It should be noted that Lindell, a Trump supporter, owns a financial stake in Phoenix Biotechnology, which is developing the experimental oleandrin product. And Carson, a member of the White House Coronavirus Task Force, is a personal friend of his.

Lindell told Axios in a new interview that Trump “basically said: …’The FDA should be approving it,” during their July meeting.

And this Axios interview went viral over the weekend, as it sparked déjà vu over what happened with hydroxychloroquine last spring. (Trump had encouraged the FDA in March to authorize the emergency use of hydroxychloroquine, an anti-malarial drug, to treat the novel coronavirus. But the FDA revoked this in June after a large, randomized clinical trial found hydroxychloroquine showed “no benefit” for either preventing infection or speeding recovery.)

While some scientific trials have studied whether oleandrin could treat cancer, AIDS and congestive heart failure, there is no evidence that oleandrin works to treat COVID-19 in humans. Yet Andrew Whitney, an executive at Phoenix Biotechnology, told Axios that oleandrin has been tested on humans for treating COVID-19; the study has just not been published or peer-reviewed yet.

Critics have expressed concern that another snake oil treatment is being pushed as a potential coronavirus cure, even as confirmed cases hit 21.7 million globally, with the death toll passing 775,000.

“The involvement of the Secretary of HUD and MyPillow.com in pushing a dubious product at the highest levels should give Americans no comfort at night about their health and safety during a raging pandemic,” a senior administration official told Axios.

Yet when reporters spoke to the president outside of the White House on Monday morning, he said that he has not asked the FDA to look into oleandrin. Trump merely said, “I’ve heard of it,” and, “we’ll look at it. We’re looking at a lot of different things.”

Considering oleandrin is on everyone’s lips, here are four things known about the experimental extract so far.

It’s derived from the oleander plant.

Oleandrin is drawn from the Nerium oleander plant, an evergreen shrub native to northern Africa, the eastern Mediterranean and Southeast Asia. It is also known as rose laurel, adelfa, rosenlorbeer and karavira. It has been used in traditional medicine to treat hemorrhoids, ulcers, leprosy and as an abortifacient, aka a drug to induce abortions, although there is no evidence that it is safe or effective for any of these medicinal purposes.

The plant is highly toxic.

Oleander is highly toxic to humans and animals because of compounds including oleandrin. Eating just one leaf from the plant can be fatal for an adult, and all parts of the plant are poisonous. Oleandrin poisoning symptoms occur several hours after consumption, and include vomiting, abdominal pain, dizziness, skin turning blue, low blood pressure, low body temperature and respiratory paralysis. Symptoms can last two or three days, and hospitalization is often necessary. Even skin contact with the plant’s sap can result in rashes or sores.

Oleandrin has been developed to treat cancer.

A hot water extract of the plant trademarked as Anvirzel has shown some promise in cancer treatment, where it has appeared to slow the growth of tumors and even killed some cancer cells in laboratory settings (aka test tubes). But Anvirzel has not been proven to be effective in the human body yet, so it is still considered an “investigational new drug” that is only being used in approved clinical trials. Memorial Sloan Kettering Cancer Center notes that Anvirzel is not an approved treatment in the United States.

It’s also being looked at for treating HIV. A test tube study published in 2012 found that Anvirzel lowered the infectivity of HIV; but keep in mind that something that works in a test tube does not always work in the human body.

There’s no evidence that it can treat COVID-19 in people yet.

So where is the COVID-cure buzz coming from? A July 2020 study out of Texas showed that, in test tubes, oleandrin could inhibit the coronavirus in monkey kidney cells. But this study has not been peer-reviewed or published yet. And while Phoenix Biotechnology exec Whitney also told Axios on Saturday that “we have provided” human clinical evidence to the FDA, he would not share what that evidence is. The United States Army Medical Research Institute of Infectious Diseases (USAMRIID) also conducted some preliminary testing of oleandrin against SARS-CoV-2 (the novel coronavirus causing COVID-19). The results were “inconclusive,” a spokesperson told Axios.

“You’d certainly want to see more work done on this before even contemplating a human trial,” Professor Sharon Lewin, the director of the Peter Doherty Institute for Infection and Immunity at the University of Melbourne, told Axios.

What’s more, one of the authors of the Texas study, Robert Newman, is the chairman of the Phoenix Biotechnology advisory board — the company developing the oleandrin product.