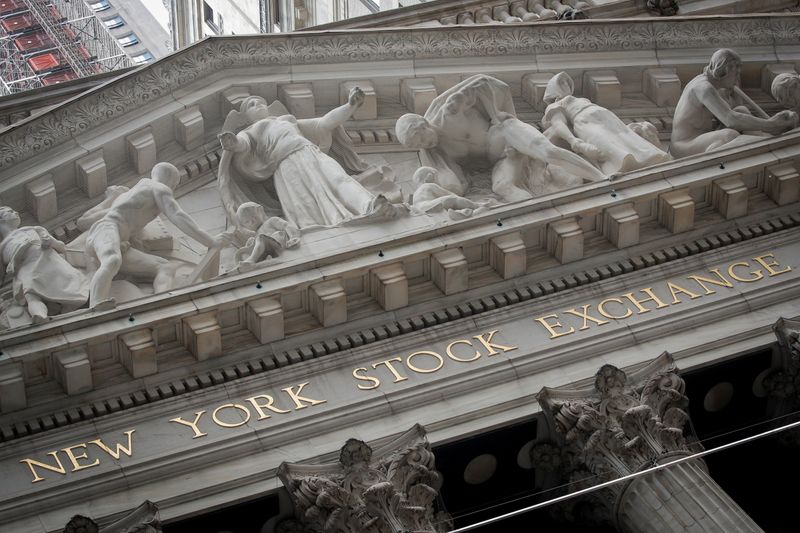 (Reuters) – U.S. stock index futures rose on Monday as retailers prepared to wind down a better-than-feared quarterly earnings season, while the countdown to Election Day was set to begin with the Democratic National Convention kicking off later in the day.

The benchmark S&P 500 (SPX) ended Friday below its pre-pandemic record closing high as a Wall Street rally lost steam with a clutch of data pointing to a wobbly recovery for the world’s biggest economy.

But figures this week are likely to show another jump in housing starts as demand surges for single-family homes in the suburbs, in turn benefiting sales of home improvement chains such as Lowe’s Companies Inc (N:LOW) and Home Depot Inc (N:HD).

The retailers, along with Walmart Inc (N:WMT), Kohls Corp (N:KSS), and Target Corp (N:TGT) are due to report second-quarter earnings later in the week.

As of Friday, 457 companies in the S&P 500 had reported results, of which 81.4% came in above dramatically lowered expectations, according to Refinitiv data.

Minutes of the Federal Reserve’s latest meeting, due on Wednesday, are expected to provide more insight into the central bank’s view of the recovery.

Investors are also girding their portfolios for market moves ahead of the U.S. presidential vote, as election season kicks into higher gear with the Democratic National Convention, which runs Monday through Thursday.

The Republican convention will be held from Aug. 24 to Aug. 27 and both will be mostly virtual this year due to the COVID-19 pandemic.

Chinese ecommerce website Alibaba Group (N:BABA) fell 1.2% after U.S. President Donald Trump said on Saturday he could exert pressure on more Chinese companies after he moved to ban TikTok earlier in the month.