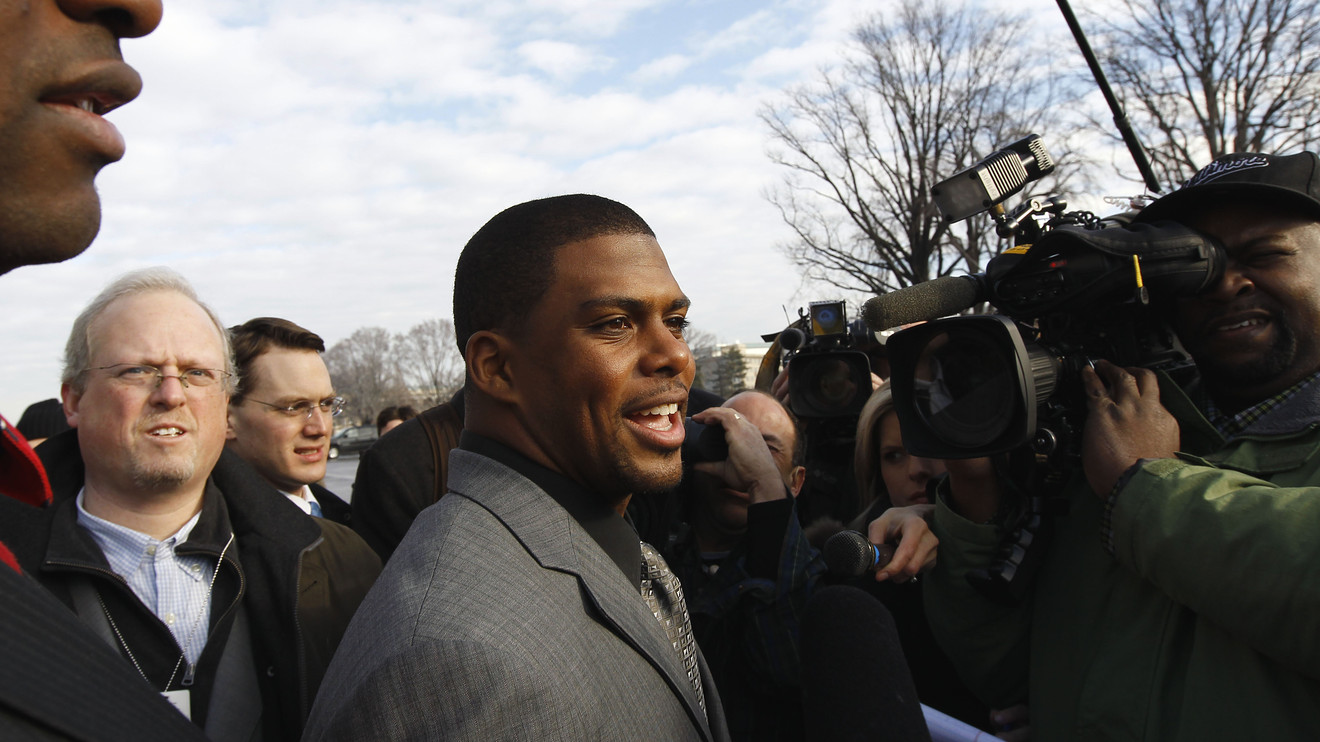 The Washington Football Team on Monday hired Jason Wright as team president, making him the first Black person to hold that position in NFL history.

At 38, he becomes the NFL’s youngest team president and will run the organization’s business operations with coach Ron Rivera maintaining control over football decisions.

Wright, a running back for seven years with Atlanta, Cleveland and Arizona, was a captain for the Cardinals and their NFLPA representative during labor negotiations in 2010-11.

“If I could custom design a leader for this important time in our history, it would be Jason,” owner Dan Snyder said. “His experience as a former player, coupled with his business acumen, gives him a perspective that is unrivaled in the league.”

The Washington franchise was the team where the first African-American quarterback won a Super Bowl Championship. Doug WIlliams won Super Bowl XXII in 1988, throwing five touchdowns in a 42-10 victory over the Denver Broncos.

The NFL team formerly known as the Redskins temporarily changed its team name to the Washington Football Team for the 2020 season, giving the organization time to choose a new, full-time name.

The club announced the placeholder name in July, ahead of the start of training camp.

Washington will keep its burgundy and gold colors and replace the Indian head logo on helmets with a player’s jersey number. All references to the Redskins name and logo will be removed from the team’s headquarters in Ashburn, Virginia, and FedEx FDX, +0.26% Field in Landover, Maryland.

Owner Dan Snyder recently dropped the Redskins name amid pressure from sponsors and after decades of criticism from Native American advocacy groups. On Monday, he hired Terry Bateman as executive vice president and chief marketing officer to oversee the name change and re-branding process.

“Jason has a proven track record in helping businesses transform culturally, operationally and financially,” Snyder said. “He is a proactive and assertive advocate for inclusion of all people and will set new standards for our organization, and for the league.”

The name change comes amid a scandal at the Washington football team’s front office faces sexual assault allegations, according to a report from the Washington Post.

Team owner Daniel Snyder says the alleged behavior has “no place” in his franchise, or in society at large.

The Associated Press contributed to this report.