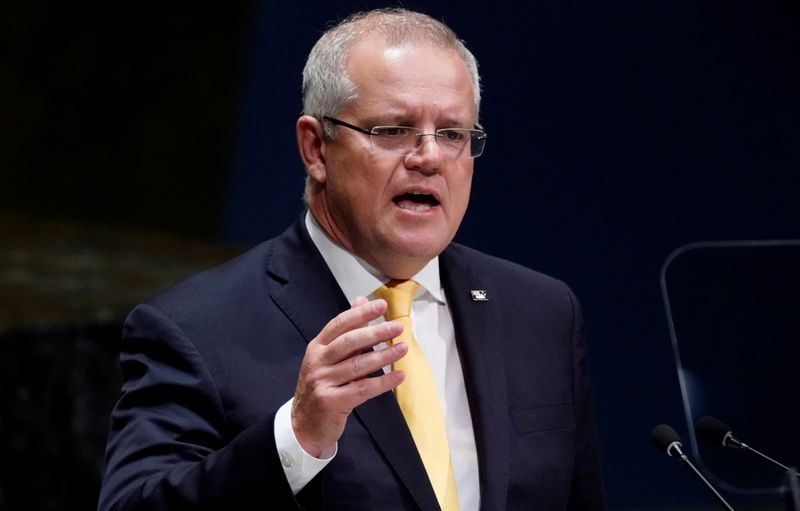 SYDNEY (Reuters) – Australia has signed a deal with drugmaker AstraZeneca (NYSE:AZN) to secure a potential COVID-19 vaccine, the Prime Minister said on Tuesday, joining a growing list of countries lining up supplies of the drug.

AstraZeneca’s candidate is seen as a frontrunner in the global race to deliver an effective vaccine against the coronavirus that has killed more than 770,000 people and infected nearly 22 million, according to a Reuters tally.

With several countries moving to secure supplies that some fear may lead to a global shortage, Australia said it had signed a letter of intent with AstraZeneca to produce and distribute enough doses for its population.

“Under this deal we have secured early access for every Australian,” Prime Minister Scott Morrison said in an emailed statement.

“If this vaccine proves successful we will manufacture and supply vaccines straight away under our own steam and make it free for 25 million Australians.”

Countries around the world are looking to secure supplies of Astrazeneca (LON:AZN)’s potential vaccine. Most recently Argentina and Mexico said last week they would produce it for much of Latin America.

Morrison, however, cautioned that while AstraZeneca’s candidate is showing early promise, there was no guarantee it would materialise as an effective tool in preventing COVID-19.

Once heralded as a global leader in combating COVID-19, Australia has seen a surge of new infections in the past month. Yet its tally of nearly 24,000 cases and 438 deaths is still far fewer than many other developed nations.

Morrison said Australia is also committed to ensuring early access to a vaccine for Pacific countries, which are increasingly wooed by China, much to Canberra’s concern.

Earlier, Australia’s biggest biotech company CSL (OTC:CSLLY) Ltd said it was in talks with AstraZeneca to determine if the potential COVID-19 vaccine being developed by the British drugmaker could be manufactured locally.

In addition to pressing ahead with securing a potential vaccine, Australia said it had also signed a A$24.7 million ($17.9 million) deal with U.S. medical technology company Becton Dickinson (NYSE:BDX) to buy 100 million needles and syringes.