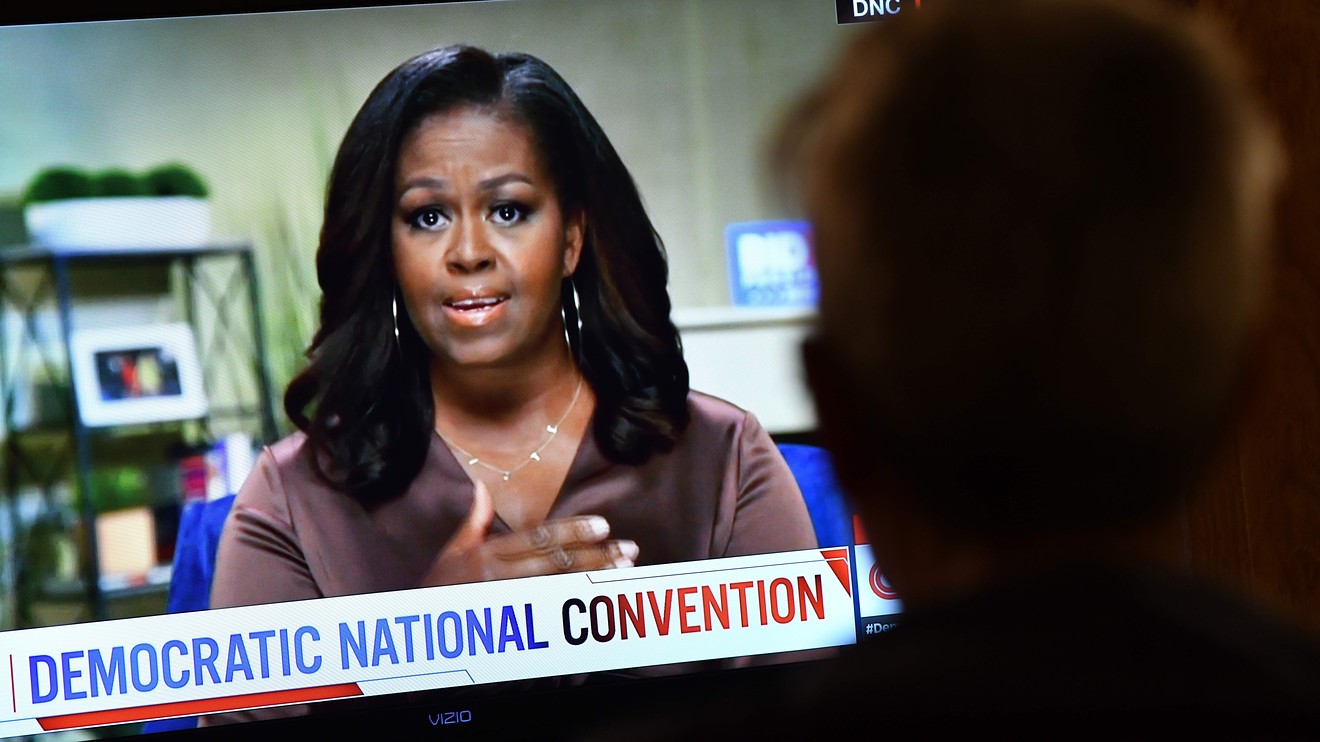 Former first lady Michelle Obama blasted President Donald Trump in her speech to the Democratic National Convention on Monday, calling him unfit to run the country as she hailed Joe Biden’s character and readiness for the White House.

Speaking via video, Obama called Trump “the wrong president for our country.”

“He has had more than enough time to prove that he can do the job, but he is clearly in over his head,” she said.

The former first lady was the evening’s keynote speaker, following an address by Sen. Bernie Sanders, who battled Biden in the Democratic primary. The convention was set against the backdrop of the coronavirus that has killed about 170,000 Americans and ravaged the U.S. economy, and came as the nation is struggling with a racial reckoning after the killing of George Floyd, an unarmed Black man, in Minnesota earlier this year.

“You want to go to a snooze? You know, when you hear a speech is taped, it’s like there’s nothing very exciting about it, right?” he said in remarks to supporters in Minneapolis.

Obama ripped Trump in her 2018 book “Becoming,” saying the campaign he championed that falsely claimed Barack Obama wasn’t a U.S. citizen was “deliberately meant to stir up the wing nuts and kooks.”

Also read:Michelle Obama blames Trump for contributing to her depression.

Her starkly personal words about Trump were countered by her praise of Biden.

“I know Joe,” she said. “He is a profoundly decent man, guided by faith. He was a terrific vice president. He knows what it takes to rescue an economy, beat back a pandemic, and lead our country. And he listens. He will tell the truth and trust science.”

Her husband, former President Barack Obama, is scheduled to speak to the convention on Wednesday.

More from the DNC: Bernie Sanders makes a case for his former rival | Daughter of Trump voter who died of coronavirus: ‘His only pre-existing condition was trusting Donald Trump’

Also:Here’s how to watch the Democratic convention — plus who’s speaking, and when