Home
Stocks
The Tell: Fund managers are more optimistic on stocks than any time since the pandemic began
Prev Article Next Article Fund managers are the most bullish they have been since the pandemic, according to the latest survey from Bank of America released on Tuesday. 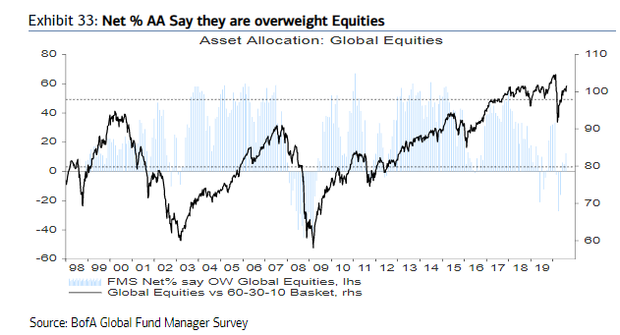 The net percentage of investors expecting global profits to improve over the next 12 months shot up 21 percentage points to 57%, the highest level since March 2017, as those who say companies are overleveraged fell by 10 percentage points.

The fund managers, meanwhile, aren’t convinced by the rally in gold. A net 31% say gold is overvalued, the highest percentage since 2011, and the percentage who say an equal-weighted stock, bond and gold portfolio is overvalued is the highest since 2008. Gold on Tuesday was back above the $2,000 mark. It’s up 31% this year. 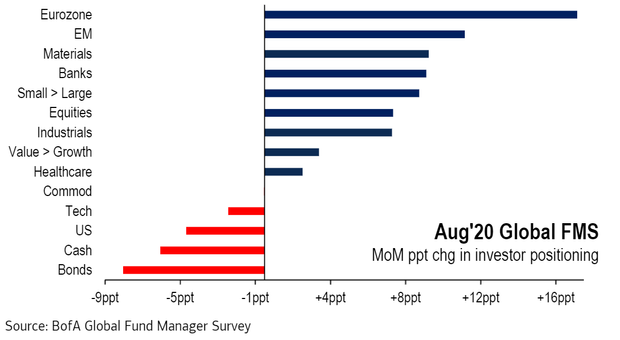 There was the beginning of a rotation to an inflation trade, as investors are increasingly buying up eurozone and emerging-markets stocks as the dollar weakens. Materials, banks and small stocks also were more in demand as bonds, cash, U.S. and technology fell out of favor somewhat.

A total of 203 panellists with $518 billion in assets under management participated in the survey.