Home
Stocks
: Amazon is stepping up its game in the cutthroat British grocery delivery sector
Prev Article Next Article 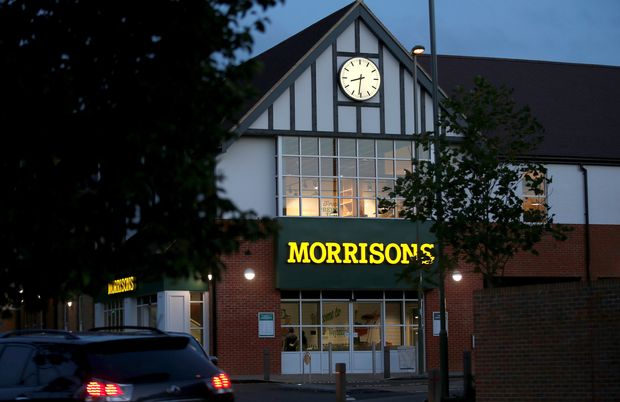 Morrisons offerings will now be available through Amazon’s main site.

Amazon is intensifying its push into the highly-competitive UK online grocery market by strengthening its relationship with major grocer Morrisons.

Morrisons MRW, +1.65% offerings will now be available through Amazon’s AMZN, +4.08% main site, with Amazon Prime members receiving free same-day delivery on orders over £40 ($53) and at a cost of £3.99 for orders under that amount. Orders will be picked by Morrisons staff and delivered by Amazon.

This is a significant move in the cutthroat British grocery sector by Amazon and a competitive play to win more customers for its online grocery deliveries. Amazon and Morrisons have had a relationship since 2016 when Morrisons began supplying groceries wholesale to Amazon, and this development represents an expansion of consumer offerings.

Its timing comes as British supermarkets are racing to compete for the surge in online grocery shopping demand brought by the coronavirus pandemic. Grocers are increasing delivery options and slashing prices as more players enter the field.

Last month, Amazon escalated its efforts in the sector by incorporating Fresh, its grocery delivery service, into Prime memberships, which are its leading retail offering. At the time, the boss of grocer Waitrose JLH, told The Times that the move was like pressing a “nuclear button.”

Amazon’s relationship with Morrisons will put it squarely in competition with Asda, Walmart’s WMT, -0.65% British subsidiary, which yesterday announced record online sales in the last quarter and an expansion of its delivery partnership trial with UBEREATS.

On Monday, rival Tesco TSCO, -0.52% announced it was including free online delivery of groceries to members of its Clubcard Plus loyalty scheme in a direct move against Amazon’s delivery service. Starting next month, retail giant Marks & Spencer MKS, -2.49% will begin its £750-million ($994-million) deal with the high-tech, online-only supermarket Ocado OCDO, -0.70%, which will only further shake up the sector.