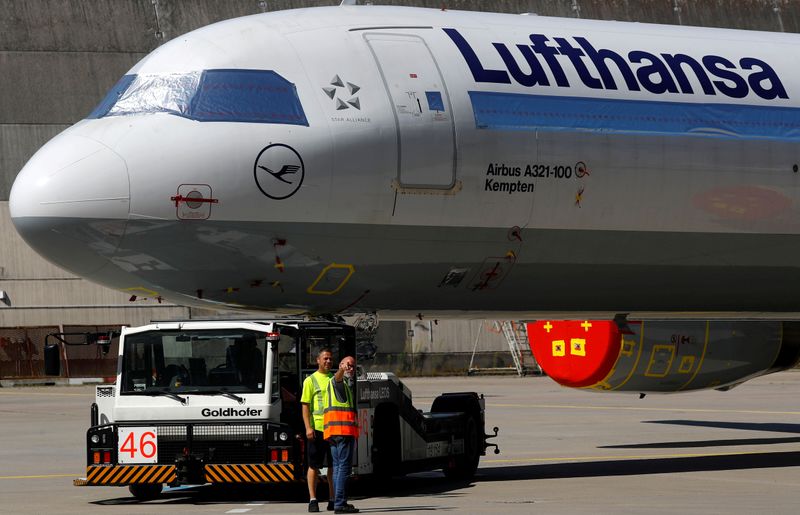 In return for job guarantees until at least March 31, 2021, pilots union Vereinigung Cockpit (VC) has agreed to reduced top-up payments to short-time working benefits as well as cuts to pension benefits through to the end of 2020, Lufthansa said.

Lufthansa added it would only be able to avoid redundancies beyond March if it reached a long-term agreement for pilots, including a corresponding cut in working hours and salaries. Lufthansa employs around 5,000 pilots.

It added that wage increases previously negotiated for this year would be postponed until January 2021.

The VC union said the short-term agreement gave the two sides time to work on a longer-term deal.

“We clearly reject Lufthansa’s threat to make redundancies for operational reasons. In our opinion, a social partnership must show how resilient it is, especially in bad times,” VC President Markus Wahl said in a statement.

Last week, the airline put German workers on notice of compulsory layoffs, saying the slump in travel and slow progress in union negotiations meant cuts were unavoidable after the carrier lost 1.7 billion euros in a single quarter.

Lufthansa, which in June received a 9 billion euro government bailout to secure its future, said last week it expected capacity to recover to only around 50% of normal by the end of 2020 and to two thirds of last year’s level in 2021.

Cabin crew voted in favour of a deal to stop pay rises and cut hours, the UFO trade union said on Saturday, while Lufthansa said on Thursday it had walked away from talks with union Verdi on behalf of 35,000 ground staff over a package to cut costs.