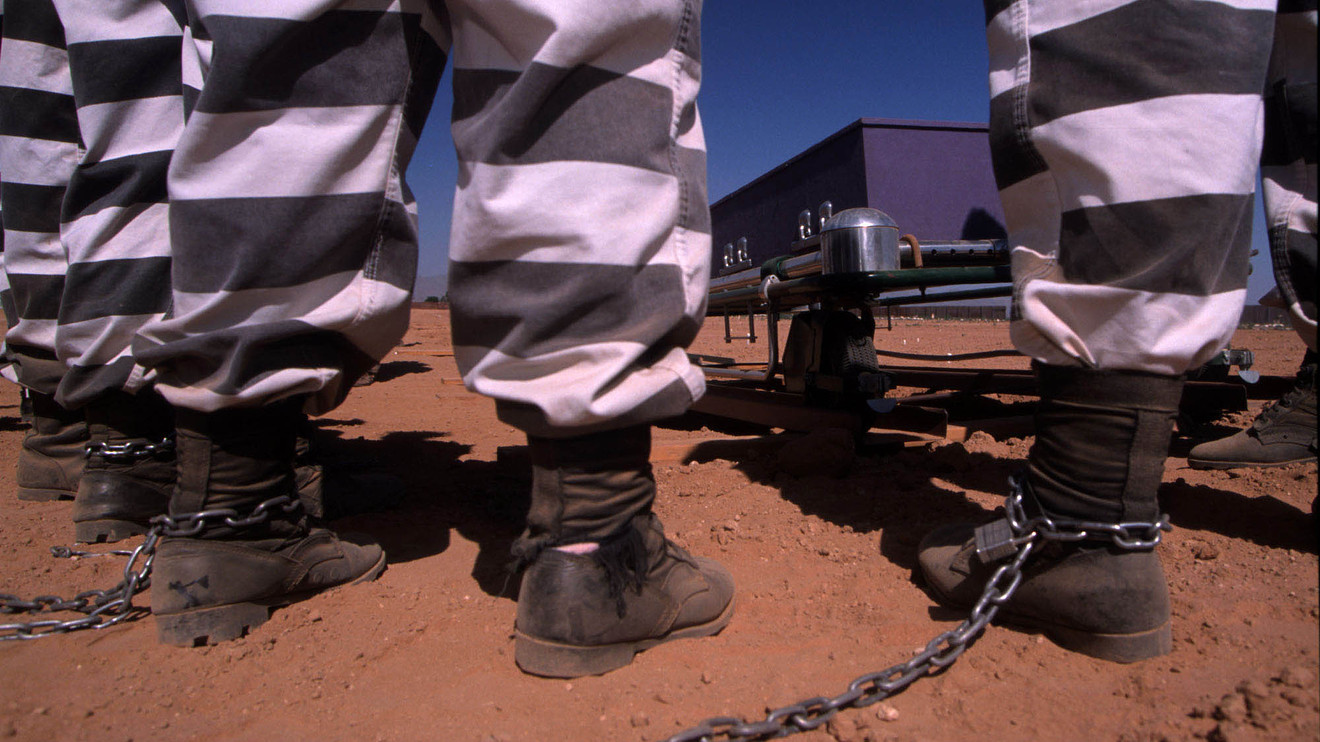 As the U.S. continues to grapple with COVID-19, we can’t lose sight of the pandemic’s impact on the criminal justice system. All 10 of the top clusters for the virus are in correctional institutions. Beyond the wrenching human toll on individuals incarcerated and the staff who work in jails and prisons, corrections departments are incurring hundreds of millions of dollars in additional costs, ranging from overtime due to worker illness or quarantine to the procurement of protective equipment.

In the face of these human and fiscal costs, this public health crisis has underscored the need to rethink the scope of the current system.

Prior to COVID-19, Americans across the spectrum were already embracing a more multi-faceted approach to public safety that looks to other solutions beyond incarceration when appropriate, including deflection, diversion and treatment for people who suffer from substance use disorder or serious mental illness. Now in the face of significant state budget shortfalls on the horizon, policymakers must double down on making smart use of even more limited resources to ensure public safety, while reinvesting savings in prevention and cost-effective alternatives to unnecessary incarceration.

Policymakers and leaders in corrections are confronted with an grim situation, whether measured in health or economic terms. Cases of the coronavirus behind bars have continued to mount in recent weeks. Prison deaths tied to the pandemic have risen by 73% since mid-May. Overcrowded conditions, poor sanitation, minimal health care and restricted access to cleaning and hygiene supplies have turned jails and prisons into incubators for COVID-19 infection, endangering not just the people who live and work in them, but entire communities.

The cost to taxpayers is mounting. According to the Bureau of Justice Statistics, the annual cost of incarceration in the U.S. was already $182 billion before the pandemic. Broken down by person, the cost to taxpayers for each person in state prisons (calculated by dividing the total state spending on prisons by the average daily prison population) was already an average $33,274, and far higher in some states, with a high of $69,355 in New York. And this only accounts for the cost of operating prisons, jails, parole, and probation — leaving out other costs including policing, court costs and economic losses incurred by families of incarcerated people.

These costs will only rise due to the pandemic. Texas, for example, is spending $45 million on coronavirus tests, to be used mostly behind bars. As of July 21, more than 13,000 people incarcerated in Texas’ 104 state-run prisons and jails, plus 2,355 employees, had tested positive for the coronavirus, according to agency reports. Other states are facing similar challenges.

The public understands the urgent need for action. A national survey found that 66% of likely voters, including 59% of those identifying as “very conservative,” believe elected officials should consider measures to reduce overcrowding in prisons and jails. Survey research over many years has shown that most Americans believe the U.S. locks up too many people.

This is not a question of taking rash action because of COVID-19 or even unanticipated and new concerns. Instead, the virus has brought into sharp focus preexisting problems, such as the graying of the U.S. prison population. In Texas alone, some 9,682 of those in prison are aged 60 or older, and this demographic is the fastest-increasing group nationwide. Older prisoners also are the most vulnerable to dying from the coronavirus, yet research shows that they are the least likely to reoffend, with a recidivism rate in some studies of under 3 %. For that reason, virtually all correctional experts prior to COVID-19 argued that with individualized screening for public safety risk, we could safely reduce the elderly prison population.

Some localities have made strides in reducing the number of people coming into jails and improving conditions for people who remain incarcerated. For instance, Bexar County District AttorneyJoe Gonzales worked to reduce the jail population by expanding cite and release practices, as permitted under a 2007 Texas state law signed by then-Gov. Rick Perry covering minor misdemeanors such as low-level marijuana possession. In an eight-month period, this policy diverted 1,900 people from jails and thereby reduced potential exposure to the coronavirus, saving the county from costly medical care and potential long-term disability of residents.

Such efforts are commendable and essential, but state prison systems cannot be overlooked. Fortunately, some state governors have stepped up, both to identify those who can be safely released and implement safeguards to make prisons more sanitary for those who must remain. For example, in Iowa, by the middle of May, Gov. Kim Reynolds had presided over the release of 1,293 people out of a prison population that totaled about 8,500. An individualized risk assessment was used for screening and reentry arrangements were made, including safe housing. Many of those released would have finished their sentences within a few months.

Numerous current prosecutors and former prosecutors have recently spoken out in support of targeted approaches for identifying those in prison, including the elderly and medically vulnerable, who can safely be transitioned back to the community with the right reentry supports.

Meanwhile, state leaders must also dramatically improve conditions for those still behind bars. Just like the issue of geriatric parole was a longstanding one, ensuring proper sanitary conditions and health care was a challenge before the pandemic. Critical needs have long been denied: for instance, lack of proper feminine hygiene supplies behind bars is so common that in 2018 the American Legislative Exchange Council, the national organization of conservative state legislators, adopted a model policy requiring that women in prison receive feminine hygiene products. Now, rapidly improving sanitation and hygiene is a matter of not just human dignity, but life and death.

Social distancing will always be challenging in overcrowded correctional institutions, but by decreasing the population we can make that achievable to some degree and the availability of testing and protective equipment can limit the spread of this deadly virus and still prioritize public safety. Not only does this help those who are incarcerated and staff, it also means precious space is kept free in rural hospitals, that already have limited capacity, which they can use to treat other members of the community.

In this moment, many are comparing the impact of COVID-19 in the U.S. to that in other nations. Part of that equation is that the U.S. is hampered by having so many more correctional institutions per capita — the U.S. has 5% of the world’s population but 20% of the world’s incarcerated population. With more than 6,900 correctional facilities in the U.S., the pandemic has demonstrated the extent to which the health of those behind bars is inextricably tied to that of our entire society.

This pandemic has put a bright spotlight on the problems that have long festered in U.S. prisons and jails. And the pandemic is now and is already requiring states to tighten their belts. By taking this opportunity to reexamine who, if, and for how long we incarcerate, as well as conditions of confinement, policymakers can ensure the U.S. emerges from this pandemic with a justice system that enables everyone to be safer and healthier. Protecting the public and delivering justice must always remain a core government function, but now more than ever, this mission must be accomplished through smart policies that are fiscally responsible.

Miriam Aroni Krinsky served for 15 years as a federal prosecutor, including on an organized crime and narcotics task force, and is now executive director of Fair and Just Prosecution. Marc Levin is chief of policy & innovation for Right on Crime, an initiative of the Texas Public Policy Foundation.

Read:There is no such thing as ‘passive’ investing in an America so deeply scarred by racism, says Rachel Robasciotti

More: It’s time for investors to dump shares of companies that profit from mass incarceration and prison labor