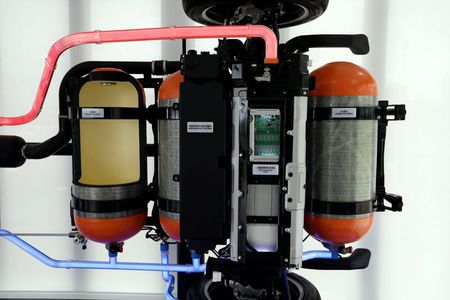 The system isn’t actually new, and is simply an expansion of the technology and product line acquired through the company’s 2019 acquisition of EnergyOr, a Canadian fuel cell systems company, but this stock pops on any news

Shares are up more than 520% in the past 12 months to more than $13 a piece, but consider that 20 years ago, the stock was trading above $1,174. Plug Power has never made money. Revenue of $68 million in the most recent quarter was the highest in the past seven years.