Home
Stocks
Some Americans have started to receive the extra $300 in unemployment — if you live in these states, you’re next on the list
Prev Article Next Article 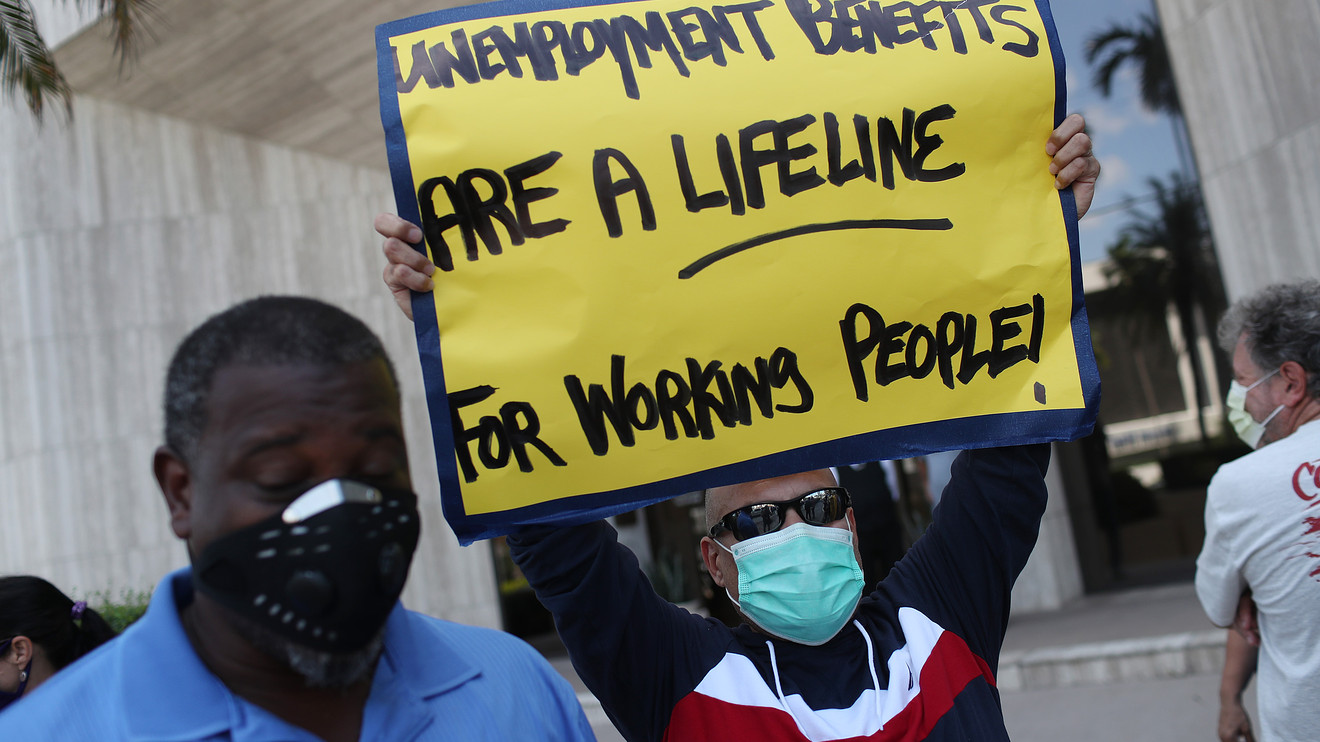 An executive order that Trump signed Aug. 8 calls for distributing an additional $300 in weekly unemployment benefits on top of the state benefits that unemployed people receive. The money for the extra $300 will come from a $44 billion fund set aside for the Federal Emergency Management Agency.

There is one not so insignificant caveat though — jobless Americans are only eligible for the $300 add-on if they already receive at least $100 a week in benefits from their state. Therefore, nearly 1 million Americans who receive less than $100 a week would be ineligible for the add-on benefit, Eliza Forsythe, a labor economist and assistant professor at the University of Illinois at Urbana-Champaign, calculated.

The payments aren’t automatic. States must apply through FEMA for a grant “to administer the supplemental payments for lost wages.”

States will have to pay 25% of the cost of delivering the extra $300, and as of Monday, only 18 states had said they would accept the FEMA grants, according to a survey by the Associated Press. Another 30 said they were still considering the offer or hadn’t decided, the AP reported.

Seven states, including Arizona, had been approved to access funds from FEMA to distribute the additional $300-a-week federal benefit as of Sunday. It’s unclear which states have applied but have yet to receive approval.

A FEMA spokeswoman declined to comment, stating that the agency will “continue to update our site as additional states apply and are approved.”

At least one governor says her state doesn’t plan to apply for the FEMA grant because residents don’t the need the extra money. South Dakota Gov. Kristi Noem, a Republican and Trump ally, said she won’t be submitting an application. “My administration is very grateful for the additional flexibility that this effort would have provided, but South Dakota is in the fortunate position of not needing to accept it,” she said in a statement. “South Dakota’s economy, having never been shut down, has recovered nearly 80% of our job losses.”

As of Monday, nearly $75 million was distributed to unemployed Arizonans to make the extra $300 payments, Brett Bezio, a spokesman for Arizona’s Department of Economic Security, told MarketWatch.

Approximately 150,000 of the 400,000 unemployed Arizonians have not yet received the $300 supplemental unemployment benefit.

Colorado received FEMA’s approval on Aug. 16, but the state’s Department of Labor and Employment has “not yet determined what the benefit amount will be nor do we have any estimate on development timelines to reprogram our systems to pay these benefits,” Cher Haavind, a spokeswoman for the department, told MarketWatch.

Iowa received FEMA’s approval on Aug. 14, one day after submitting an application. The state’s labor department, known as Iowa Workforce Development, declined to provide any details on when jobless Iowans could expect to receive the add-on benefit.

“As of now, details are pending and we do not have a date as to when claimants can expect payment. We are expecting more clarity and information to become available in the coming days,” Louisiana Workforce Commission Secretary Ava Dejoie said in a statement to MarketWatch,

“We are awaiting additional guidance from FEMA and the U.S. Department of Labor while continuing to work as expeditiously as possible” to implement the $300 add-on benefit, Rose Delores, a spokeswoman for the Missouri Department of Labor and Industrial Relations, told MarketWatch. “We will update our website as more information becomes available, including any additional eligibility requirements and timelines for payment.”

“It is unclear at this time when funding will become available, or how much funding is available,” Workforce Solutions Secretary Bill McCamley said in an Aug. 13 statement. The state agency did not directly respond to MarketWatch’s request for a comment.

“We anticipate Utah will be ready to distribute within three to four weeks,” Nate McDonald, a spokesman for the Utah Department of Workforce Services, told MarketWatch. “Re-programming the system will be the biggest piece.”