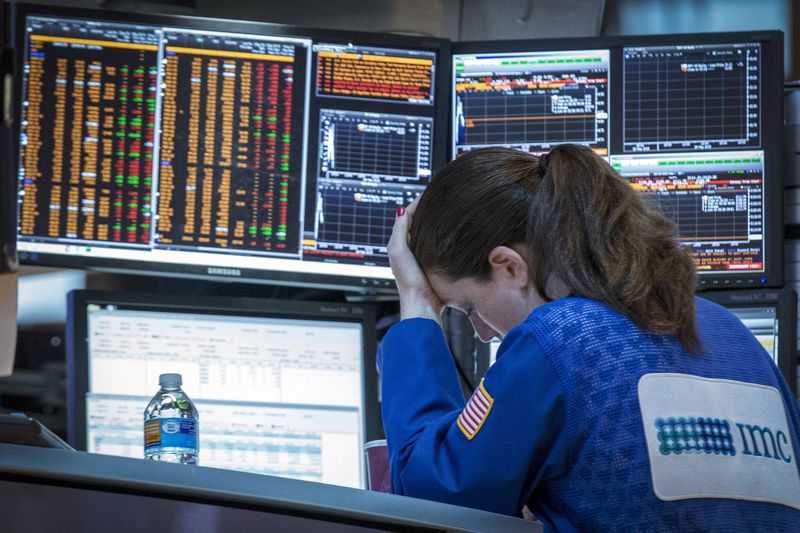 Investing.com – The S&P 500 closed lower after hitting an intraday high on Wednesday as tech gave up its gains following the release of the Fed minutes warning that impact of the pandemic continued to weigh on the economy despite signs of recovery.

In the Fed’s July meeting minutes, policymakers acknowledged a strong rebound in consumer spending, but flagged ongoing uncertainty among businesses, which could likely pressure the robust recovery seen in labor markets.

“In contrast to the sizable rebound in consumer spending, participants saw less improvement in the business sector in recent months, and they noted that their District business contacts continued to report extraordinarily high levels of uncertainty and risks, ” the minutes showed.

Still, Fed members continued to suggest that accommodative policy should continue amid sluggish inflation. “Participants also noted that a highly accommodative stance of monetary policy would likely be needed for some time to support aggregate demand and achieve 2 percent inflation over the longer run.”

The update comes as the latest wave of quarterly results show that retailers like Target (NYSE:TGT) and Lowe’s Companies Inc (NYSE:LOW) benefited from a pandemic-led boost in sales.

Target jumped nearly 13% reported that second-quarter results beat on both the top and bottom lines with same-store sales growing 24.3% for the quarter, above consensus estimates of 7.6%.

Industrials and financials, sectors that tend to outperform as the economy strengthens, also faltered late-on as the Fed warned that the impact of the virus would “weigh heavily on economic activity.”

In tech, meanwhile, Apple (NASDAQ:AAPL) became the first company to reach a $2 trillion valuation after trading above $467.77 intraday before giving back some gains.

The other Fab 5 stocks, including Amazon.com (NASDAQ:AMZN), Microsoft (NASDAQ:MSFT), and Alphabet (NASDAQ:GOOGL) closed lower. Facebook (NASDAQ:FB) closed above the flatline.

Energy was pressured by a decline in oil prices as crude inventories declined by 1.6 million barrels last week, short of forecasts for a draw of 2.67 million barrels.

In other news, Gilead Sciences (NASDAQ:GILD) was dealt a blow after the U.S. Food and Drug Administration rejected the company’s experimental treatment for moderately to severely active rheumatoid arthritis. Its shares fell almost 5%.