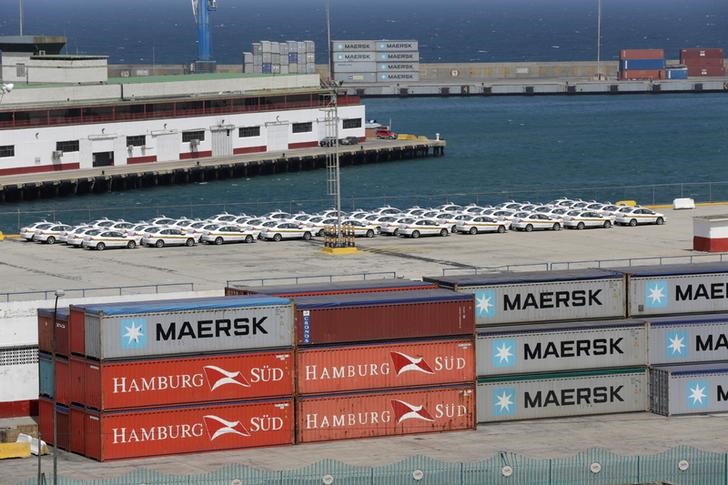 Investing.com — How does a company come out of a pandemic that is likely to disrupt its business model with higher profit expectations than when it went into it?

The answer, in the case of Danish shipping giant AP Moeller-Maersk (CSE:MAERSKa), is reduced competition. In contrast to 2008, when the last great crisis wrongfooted an industry that had bet on an endless expansion of global seaborne trade, the shipping market is more concentrated, allowing industry heavyweights such as Maersk to keep a high degree of pricing power.

According to the International Transport Forum, an arm of the OECD, major shipping companies cut 20% of Trans-Pacific sailings in the second quarter and 30% of Far East-Europe sailings, ensuring that freight rates remained generally stable and ensuring that ports and importers took as much of the financial strain as possible.  Sympathetic regulation has helped: the European Commission earlier this year extended until 2024 a partial waiver on antitrust rules that allow Maersk and its competitors to share capacity.

In addition, the present crisis comes at a time when lenders, especially in Europe, are still working off the hangover of the last shipping boom, unwilling to finance all but the most reliably profitable new capacity. There is no new fleet of almost-finished freighters all-but ready to hit the market. Order deferrals and cancellations are likely to ensure that the 5% rise in capacity that was expected at the start of 2020 doesn’t materialize.

As a result of all this, the Baltic Exchange Dry Index, a measure of freight shipping costs, may have plumbed a five-year low in May but has rebounded more than fourfold since to be comfortably above its five-year average.

Even so, the extent of Maersk’s ability to withstand the obvious pressure surprised the market on Wednesday.  Maersk stock rose 4.8% to its highest since December after the company not only reported earnings before interest, tax, depreciation and amortization at $1.7 billion– nearly 10% above expectations – but also reinstated its guidance for the year at a level above the initial estimates that it withdrew in the spring due to the pandemic.

The company now expects EBITDA of between $6 and $7 billion, compared to an initial forecast of $5.5 billion. Inevitably, it’s warning that the pandemic still represents a “significant uncertainty”, but actions speak louder than words: the company spent over 85% of free cash flow in the first half of the year on share buybacks, dividends and acquisitions. That hardly qualifies as hunkering down for hard times ahead.

It would be premature to see in this a sign of life for the world economy as it emerges from the pandemic. The post-2008 glut, the struggle with an internal reorganization that saw it split from unrelated oil drilling activities and, most of all, the course of U.S trade policy have all had more of an influence on Maersk at various points in time.

What it does signal, pretty clearly, is that a company that lost two-thirds of its value over the last five years has found the answer to its biggest problems and is sailing into calmer waters.