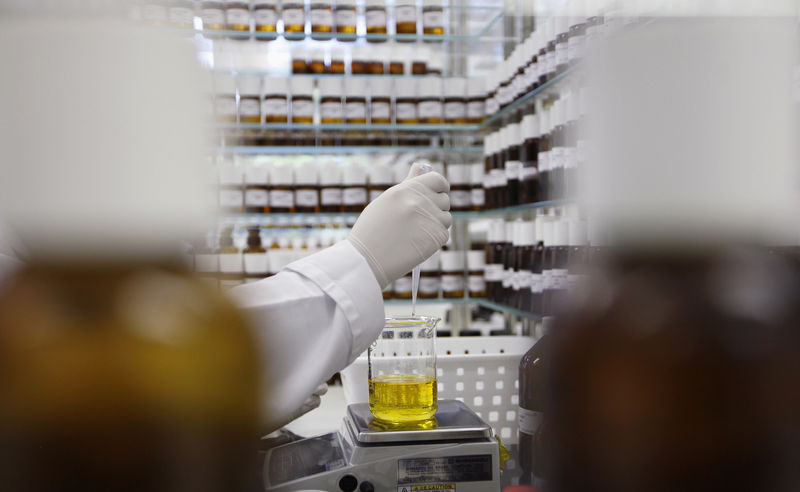 Beijing has pushed forward a national scheme where global pharmaceutical giants and domestic copycats have to go through a bidding process and chop prices low enough to elbow out competitors to be eligible to sell their products in bulk at public hospitals.

In the latest bidding round for contracts worth hundreds of billions yuan in total, drugmakers cut prices by 53% on average, state media Xinhua reported, citing preliminary bidding results.

It involves 55 types of medicines, more than the previous two rounds of bidding.

A total of 56 drugs were open for bidding, including some products that contributed more than $1 billion each to foreign drugmakers’ sales in 2019 but face challenges from generic versions offered by local drugmakers, including AstraZeneca Plc’s (L:AZN) heart disease treatment Brilinta, and blood-thinning blockbuster Eliquis jointly developed by Pfizer Inc (N:PFE) and Bristol Myers Squibb Co (N:BMY).

More expensive brand-name drugs still had opportunities in the market not covered by the national procurement scheme, thanks to their higher awareness among patients and doctors compared with cheaper generic drugs, Zhang said.

Sharp (OTC:SHCAY) price cuts promised by Chinese companies for fear of losing government contracts may not be practical, said Wang Yue, a professor at Peking University’s School of Health Humanities.

“When the market changes, like when labour and logistics costs rise, the (low drug) prices are hard to sustain,” Wang told Reuters.

Wang said he also worried that the bulk-buy scheme might drive smaller drugmakers to the brink of a loss.

“The buying group is over centralized and accounts for a major share of the China market,” Wang said. “Many companies actually have no power to bargain with the government.”

For most products in Thursday’s bidding, if only one company wins the bid to supply a certain drug, the winner can bag up to half of the total procurement volume in the first year.

Some 80% of the volume can be shared if a product has at least four bid-winners, the procurement authorities said in an official guideline last month.