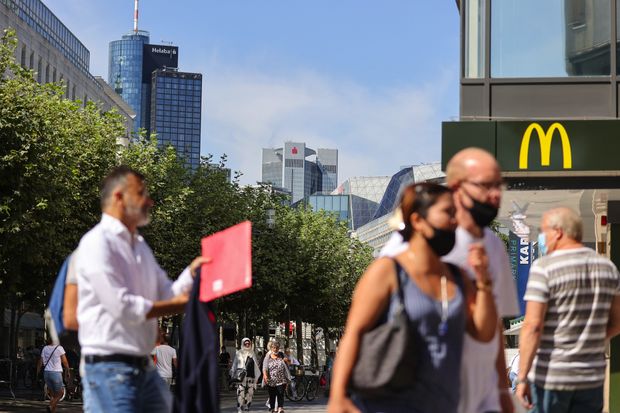 European stocks fell Thursday after the U.S. central bank gave a dispiriting economic outlook and largely ruled out one way to address it.

After European markets closed on Wednesday, minutes released from the Federal Reserve’s July meeting outlined a cautious view toward the world’s largest economy and ruled out yield curve control, at least in the short term, as a way to enact stimulus.

“The lack of a more forward-leaning stance on the review conclusions – along with a sober view on the second half outlook and a firm rejection of yield curve control in current circumstances – is likely responsible for the immediate risk-off / financial conditions tighter response in financial markets,” said Krishna Guha, vice chairman of Evercore ISI. Guha said he was “relaxed and confident” the central bank will embrace a soft average inflation principle at its September meeting.

Russia’s MICEX RU:MOEX index dropped 1.1% as a spokeswoman for opposition politician Alexei Navalny said he is in a coma and on a ventilator in a hospital intensive care unit in Siberia after falling ill from suspected poisoning during a flight. The poisoning comes as Russia has backed Belarus after disputed elections.

Of stocks in the spotlight, U.K-listed Chilean copper miner Antofagasta ANTO, -2.43% slipped after reporting its first-half profit slumped and said production would be at the low end of its targeted range for the year.

Dutch payment processing firm Adyen ADYEN, -3.97%, one of the hottest stocks in Europe, fell after reporting 23% growth in payment processing volume in the first half of the year. Its profit actually fell 15% as a result of derivative liability tied to its own stock price.

Swedish private equity firm EQT EQT, -10.44% fell after reporting a decline in first-half operating margin to 30% from 42% after increasing the number of employees in anticipation of future expansion and due to lower fund valuations in carried interest generating funds. Barron’s separately reported that EQT’s purchase of EdgeConneX, announced Wednesday, was between $2.5 billion to $3 billion.