Home
Stocks
Project Syndicate: How will the U.S. ever repay all this debt?
Prev Article Next Article 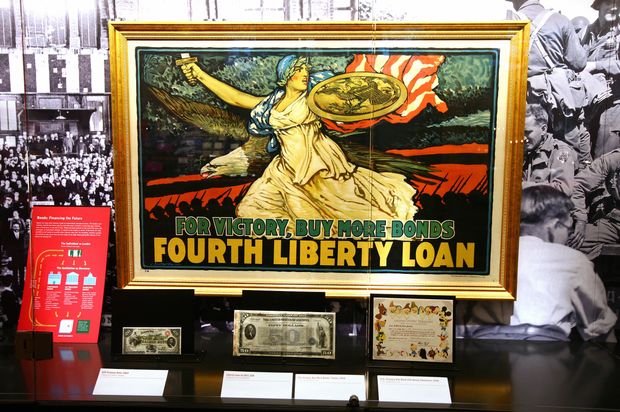 SAN DIEGO, Calif. (Project Syndicate)—The United States today not only looks ill, but dead broke. To offset the pandemic-induced “Great Cessation,” the Federal Reserve and Congress have marshaled staggering sums of stimulus spending out of fear that the economy would otherwise plunge to 1930s soup-kitchen levels.

The 2020 federal budget deficit will be around 18% of gross domestic product, and the U.S. debt-to-GDP ratio will soon hurdle over the 100% mark. Such figures have not been seen since Harry Truman sent B-29s to Japan to end World War II.

“ As in World War II, the United States is piling on debt to confront a whole-of-society crisis, raising the question of who will foot the bill in the long term. But, unlike the postwar era, the underlying conditions for robust economic recovery today are less than favorable, placing an even greater onus on wise policy-making. ”

Assuming that America eventually defeats COVID-19 and does not devolve into a Terminator-like dystopia, how will it avoid the approaching fiscal cliff and national bankruptcy? To answer such questions, we should reflect on the lessons of WWII, which did not bankrupt the U.S., even though debt soared to 119% of GDP. By the time of the Vietnam War in the 1960s, that ratio had fallen to just above 40%.

What happened during the war

WWII was financed with a combination of roughly 40% taxes and 60% debt. Buyers of that debt received measly returns, with the Fed keeping the yield on one-year Treasuries at around 0.375%—compared with the prevailing 2%-4% peacetime rates. Ten-year notes TMUBMUSD10Y, 0.649%, meanwhile, yielded just 2%, which actually sounds high nowadays.

These U.S. bonds, most with a nominal value of $25 or less, were bought predominantly by American citizens out of a sense of patriotic duty. Fed employees also got in on the act, holding competitions to see whose office could buy more bonds. In April 1943, New York Fed employees snapped up more than $87,000 worth of paper and were told that their purchases enabled the Army to buy a 105-millimeter howitzer and a Mustang fighter-bomber.

Patriotism aside, many Americans purchased Treasury bonds out of a sheer lack of other good choices. Until the deregulation of the 1980s, federal laws prevented banks from offering high rates to savers. Moreover, the thought of swapping U.S. dollars for higher-yielding foreign assets seemed ludicrous, and doing so might have brought J. Edgar Hoover’s FBI to your door.

Get the latest news on the economy and politics

While equity markets were open to investors (the Dow Jones Industrial Average DJIA, +0.05% actually rallied after 1942), brokers’ commissions were hefty, and only about 2% of American families owned stocks. Investing in the stock market seemed best-suited for Park Avenue swells, or for amnesiacs who forgot the 1929 crash. By contrast, a majority of American households own equities today.

In any case, household savings during WWII were up—and largely in bonds. But Treasury paper bore a paltry yield, a distant maturity, and the stern-looking image of a former president. How, then, was the monumental war debt resolved? Three factors stand out.

First, the U.S. economy grew fast. From the late 1940s to the late 1950s, annual growth averaged around 3.75%, funneling massive revenues to the Treasury. Moreover, U.S. manufacturers faced few international competitors. British, German, and Japanese factories had been pounded to rubble in the war, and China’s primitive foundries were far from turning out automobiles and home appliances.

Second, inflation took off after the war as the government rolled back price controls. From March 1946 to March 1947, prices jumped 20% as they returned to reflecting the true costs of doing business. But, because government bonds paid so much less than the 76% rise in prices between 1941 and 1951, government debt obligations fell sharply in real terms.

Third, the U.S. benefited from borrowing rates being locked in for a long time. The average duration of debt in 1947 was more than 10 years, which is about twice today’s average duration. Owing to these three factors, federal debt had fallen to about 50% of GDP by the end of Dwight Eisenhower’s administration in 1961.

What we should do

So, what’s the lesson for today? For starters, the Treasury should give tomorrow’s children a break by issuing 50- and 100-year bonds, locking in today’s puny rates for a lifetime.

To those who would counter that the government might not even be around in 50 or 100 years, it is worth noting that many corporations have already successfully auctioned long-term bonds of this kind.

Notwithstanding the fact that many institutions of learning have been compromised by the pandemic, the University of Pennsylvania, Ohio State University, and Yale University also have issued 100-year bonds. And in 2010, buyers even grabbed Mexico’s 100-year bonds, despite a history of devaluations stretching back to 1827.

To be sure, a longer duration will not be enough to solve the debt problem; the U.S. also desperately needs to reform its retirement programs. But that is a discussion for another day.

Finally, what about the postwar experience with inflation?

Should we try to launch prices into the stratosphere in order to shrink the debt? I advise against that. Investors are no longer the captive audience that they were in the 1940s. “Bond vigilantes” would sniff out a devaluation scheme in advance, driving interest rates higher and undercutting the value of the dollar BUXX, -0.14% (and Americans’ buying power with it).

Any effort to inflate away the debt would result in a boom for holders and hoarders of gold and cryptocurrencies.

Unlike military campaigns, the war against COVID-19 will not end with a bombing raid, a treaty, or a celebrations in Times Square. Rather, the image we should bear in mind is of a ticking time bomb of debt. We can defuse it, but only if we can win the battle against policy inertia and stupidity. This war won’t end with a bang, but it very well could end in a bankruptcy.

Todd G. Buchholz, a former White House director of economic policy under President George H.W. Bush and managing director of the Tiger Management hedge fund, was awarded the Allyn Young Teaching Prize by the Harvard Department of Economics. He is the author of “New Ideas from Dead Economists ” and “The Price of Prosperity. “

Bonds or bond funds—which is better?

Inflation will have a big impact on your retirement

The Fed Was Expecting More Fiscal Aid, Its Minutes Suggest. So Far There Is None.