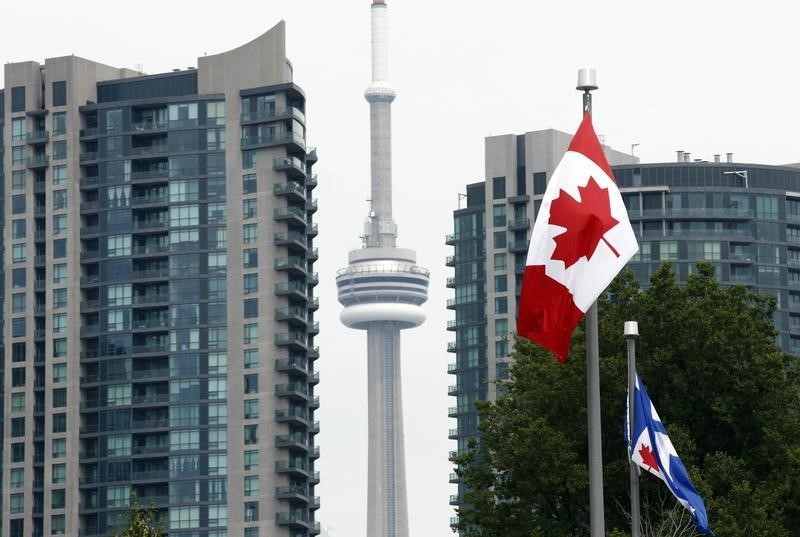 The nation’s six-largest lenders will post an average profit decline of about 30% in the fiscal third quarter from a year earlier when they kick off the reporting season next week, according to the average estimates of seven analysts.

It’ll be one of the worst quarters in modern Canadian banking history, but it marks an improvement from the 50% profit drop in the second quarter when the virus first gripped the North American economy.

Earnings results for the three months ended July 31 will likely provide some calm after the “stormy” second quarter, Bank of Nova Scotia analyst Meny Grauman said in an Aug. 18 note. “While we expect performance to be better on a sequential basis, largely as a result of moderating loan loss provisions after a spike in the second quarter, results may still be down relative to the same quarter last year as the current pandemic-induced recession continues to take its toll.”

Royal Bank of Canada (NYSE:RY), Toronto Dominion Bank (TSX:TD) and four other large lenders built up C$10.9 billion ($8.3 billion) in reserves in the second quarter to brace for bad loans emerging from the coronavirus pandemic. Analysts see fewer loan-loss provisions in the third quarter for most banks, though they are still expected to remain elevated.

Government relief efforts and loan deferrals by banks helped stave off an anticipated surge in delinquencies and impairments while keeping credit deterioration among consumers in check. Banks deferred mortgage payments for more than 760,000 Canadians as of the end of June, representing about 16% of mortgages held by the lenders, according to the Canadian Bankers Association.

“We believe recent extensions and amendments of government programs (combined with deferrals and a slightly better than expected economic recovery) will impact the timing and possibly magnitude of impairments, likely pushing the peak of impairments into mid-2021,” RBC Capital Markets analyst Darko Mihelic said in an Aug. 14 note.

Still, the pandemic has caused other headwinds. Covid-19 remains an “overhang” for banks, whose quarterly earnings will be tested with heightened provisions amid a languishing economic outlook, according to Barclays (LON:BARC) Plc analyst John Aiken.

Interest-rate cuts by central banks are expected to erode net interest margins — the difference between what a bank charges for loans and pays for deposits — and hurt profits.

“Net interest margins were a drag on earnings last quarter and we expect they will be an even bigger drag this quarter” given the timing of rate reductions from central banks, CIBC Capital Markets analyst Paul Holden said in an Aug. 18 note. “We expect margin compression to be more severe for those banks with large U.S. and international lending businesses and less severe for those with large domestic lending businesses.”

Those facing a bigger hit include Scotiabank, which has significant operations in Latin America, as well as Bank of Montreal (TSX:BMO) and Toronto-Dominion, which both have sizable U.S. retail banks. Royal Bank and National Bank of Canada (OTC:NTIOF) are expected to fare better, he said.

There are some positives for the Big Six banks:

That’s why TD Securities analyst Mario Mendonca has an “overweight” rating for the Canadian banking sector, which he said in a note is “very much leveraged to our view that the banks will emerge from this crisis with their dividends, capital strength and earnings power intact.”