Home
Stocks
: Some funds have missed out on the tech rally this year, says Goldman Sachs
Prev Article Next Article 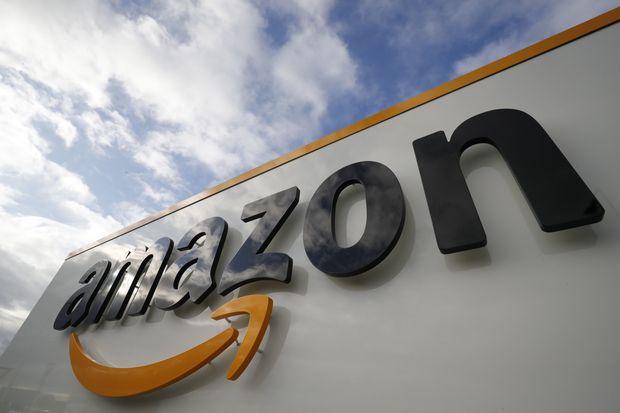 Goldman Sachs says strict requirements ensuring that investors’ holdings aren’t too concentrated in a few stocks have stopped some mutual fund investors from benefiting from the impressive gains in technology stocks this year.

Technology stocks have had an outsized role in driving the returns of some equity mutual funds, but money managers have trimmed their overall holdings of tech companies relative to their benchmark index.

” Many managers face restrictions around diversification and position weights, making it challenging for them to hold the FAAMG stocks at their respective index weights,” said the Goldman Sachs analysts in a Friday note, referring to the acronym for Facebook FB, -0.69%, Apple AAPL, +3.82%, Amazon AMZN, -0.52%, Microsoft MSFT, -0.37% and Google GOOGL, +0.11%.

These five stocks represent around 23% of the S&P 500 index and have been a key driver of the U.S. stock-market’s returns this year.

Yet tech companies were the most under-weighted by fund managers investing in large market capitalization stocks since 2012, according to Goldman Sachs’ calculations.

Mutual funds have thus lost out on the relentless gains in tech stocks, which propelled the Nasdaq Composite COMP, +0.18% to new records earlier this week, leaving it with a 26% gain year-to-date.

The chart below shows by how much the tech giants have outperformed the S&P 500’s returns this year. The chart also reflects how mutual funds have cut back on their allocation to these highflying companies relative to their share of the benchmark index. 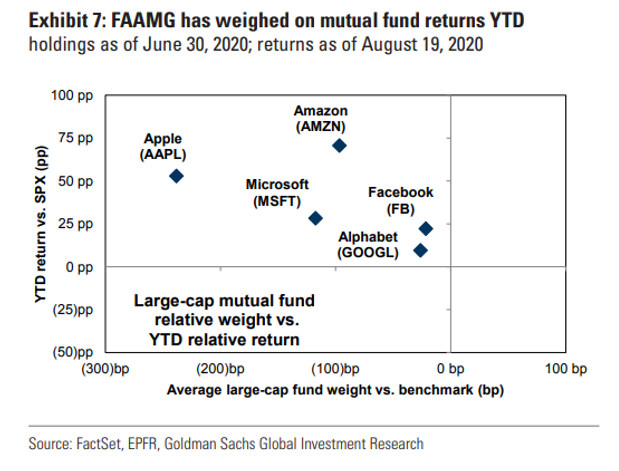 Losing out on the gains from tech hasn’t hurt the performance of mutual funds as much as investors might expect, though.

On the whole, funds specializing in big companies have done well this year, with 40% of such funds trouncing their benchmarks due to their avoidance of utility stocks, whose returns have trailed those of other industries.