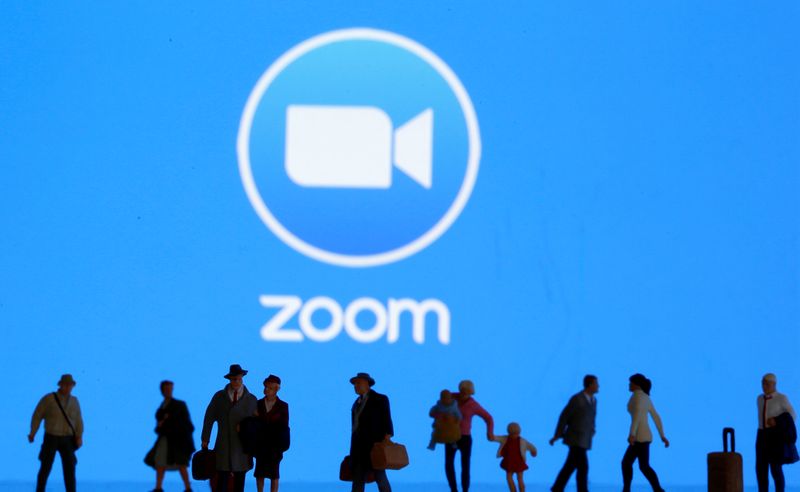 Investing.com — Zoom Video Communications Inc (NASDAQ:ZM) may be the obvious Covid-19 winner on everyone’s lips, but there’s another communications bet you may be missing: RingCentral (NYSE:RNG).

Basically, RingCentral allows businesses to connect office, remote, and mobile employees under one phone system, regardless of their location — remember that Avaya phone on your desk in that big office you haven’t seen since March? RingCentral in October signed a deal to partner with Avaya to provide cloud-based services, versus using on-premises components. Good thing, too, considering most office workers are still working remotely.

“We think the future is humongous for the industry,” said RingCentral Founder and Chief Executive Officer Vlad Shmunis in an interview over the company’s new video offering this past week. “We don’t want to overheat people’s expectations,” but annual revenue of between $5 billion and $10 billion “doesn’t seem to be that undoable.”

The company has matched or beat profit and revenue estimates for the past seven years. Earlier this month, RingCentral reported a 29% year-over-year increase in revenue, to $278 million, and raised total revenue guidance to between $1.135 and $1.143 billion, representing annual growth of 26% to 27%. That’s up from previous guidance for a range of $1.116 to $1.125 billion and annual growth of 24% to 25%.

Shmunis is inclined to be optimistic about his own product, but it’s not just him: All but one of RingCentral’s 20 analysts rate the shares a buy. Investors have taken note, too, more than doubling the stock price in the past year.

“There are some really, really wonderful things that are happening at RingCentral,” said Jeff Kvaal, an analyst at Wolfe Research. “It’s not hard to see how they could grow at least 30% for the next three, four, five, seven years in a row.”

To do that, RingCentral has recently signed exclusive deals with Cisco (NASDAQ:CSCO), Avaya and Alcatel, representing some 180 million seats of an estimated total of 400 million in the world. Right now, RingCentral has 2 million “seats,” which is akin to the number of software licenses it has sold.

Not that RingCentral is alone. Now that it has added video, its client, Zoom, has also become a rival. A key difference, though, is that Zoom is consumer-based, while RingCentral is business-to-business. The Campbell, California-based company 8×8 competes more directly but is older and reports less than half the annual revenue that RingCentral does.

There’s nothing worse than a glitchy call, RingCentral has invested a lot to maintain quality, Shmunis said. “It’s an ongoing effort,” he said. “It’s a very, very real problem.”

The gap in quality between RingCentral and its competitors is widening, Shmunis said.

“The nice thing about this is that you know that enterprise voice is an established market; it’s not going away,” Kvaal said.  “You know what you are chasing. You are chasing a 300- to 400 million-seat enterprise opportunity. That’s different from most companies where you are trying to invent a new market.”

Shmunis says RingCentral is the industry leader, but they aren’t alone.

“It’s still competitive, this is not a natural monopoly by any stretch,” he said. Still, “there’s a huge amount of growth ahead.”