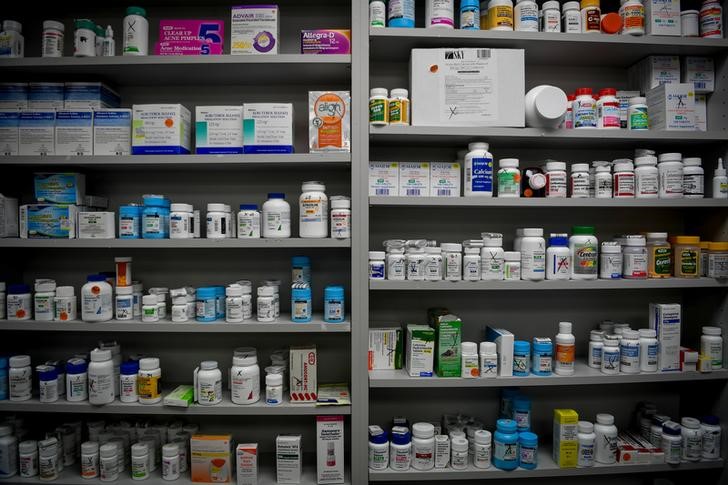 Investing.com — It’s been a rough week for Gilead.

The Federal Drug Administration shocked the pharmaceutical maker and its shareholders when it rejected an expected blockbuster arthritis drug until more data about its effects was available. Analysts said it could delay the drug, filgotinib, into next year.

Gilead does have a promising Covid-19 treatment, remdesivir, that is expected to drive as much as $3.5 billion in revenue. And it has its HIV treatments that still make up the bulk of sales. But the short-term case for Gilead shares is hard to argue.

Investing.com’s Geoffrey Smith writes about the upside for Gilead, while Christiana Sciaudone explains the bear case. This is Point/Counterpoint.

Gilead (NASDAQ:GILD) is that it is a company with a well-established track record of solid growth and decent shareholder returns that, after the latest setback, is now priced attractively.

Moreover, the knee-jerk decline in response to Wednesday’s news about filgotinib is overdone. The company still has a chance to address the FDA’s concerns, and the U.S. regulator’s decision need not stop it being approved in other jurisdictions such as Europe, where it has already received a positive if non-final opinion from a key committee.

At Thursday’s closing price, the shares yielded over 4%, and regular buybacks over the years have generally juiced shareholder returns by a couple more percentage points.

There is no obvious short-term risk to that record. Revenue from remdesivir, the investigational antiviral drug that some (but not all) studies indicate results in speedier recovery from the Covid-19 virus, has started to flow as of July 1 (it gave away all its stockpiles to the U.S. government in the first half).

At over $2,400 per five-day course for Medicare and $3,120 per course for private healthcare companies, that will soon add up, given that over 40,000 Americans are still being diagnosed every day for the virus, and hospitalizations run above 10% of cases in most districts. Depending on how the virus progresses, revenue of more than $2 billion in the rest of 2020 is quite realistic. RBC analyst Brian Abrahams says as much as $3.5 billion is possible.

Moreover, on the assumption that the medical establishment finally does get Covid-19 under control, its still-potent stable of antiviral drugs for HIV, as well as its hepatitis drug will soon overcome the dip in revenue caused by vulnerable patients staying away from their doctors’ clinics in the first half of the year.

Longer-term, the company also has a powerful and growing degree of optionality on a range of oncology drugs, as illustrated by this month’s agreement with immunotherapy specialist Tizona, which gave it the option to buy Tizona out for a total consideration of $1.55 billion. Such deals aren’t risk-free, as the failure to get filgotinib approved so far shows, but its partner in that project, but are still a rational, risk-adjusted approach to renewing the portfolio.

Bear case: A company forced to rest on its laurels

Gilead is a company forced to rest on its laurels, especially now that the U.S. Food and Drug Administration said, “Not yet!” to what was supposed to be its big new blockbuster drug.

Filgotinib should have been a billion-dollar smash hit and it still might, just not any time soon.

“There’s really no way to sugarcoat this very surprising development,” Barclays analysts said in a note. They cut their peak sales estimate for the drug to about 527 million euros from 1.3 billion euros, Bloomberg reported. “This is essentially the bear-case scenario playing out.”

The expectations for filgotinib were high. While it takes five to 10 years to bring a drug to market, once there, it could see $5 billion in peak revenue, said Hartaj Singh, managing director at Oppenheimer who specializes in biotechnology. Singh has a buy rating on the company, seeing it as cheap for what it has to offer in the long-term, but he said he sees how short-term investors may not see things the same way.

“This is a product that, even if it gets approved, will grow very, very slowly for the next three to five years,” Singh said in a telephone interview.

And let’s look at Gilead’s current stale stable of treatments. HIV treatments represent the bulk of Gilead’s sales, with $8.1 billion of $10.7 billion in revenue in the first half coming from that segment. Where’s the future?

Most analysts agree that the Foster City, California-based company isn’t all that. While 10 say buy, 11 say hold and one says sell.

A potential bright spot should be Veklury, previously known as remdesivir, which received emergency use authorization from the FDA for treatment of Covid-19. But the data is still uncertain, and it will take a while to figure out its efficacy.

A way out for Gilead could be some kind of partnership. In June, AstraZeneca (NYSE:AZN) was said to make an approach to merge with Gilead.

But AstraZeneca has a high valuation without an attractive pipeline (kind of like Gilead) and current Gilead shareholders would stand to benefit little, Singh said.

In short, there are no near-term benefits to buying Gilead. Traders seeking a faster return will want to look elsewhere.