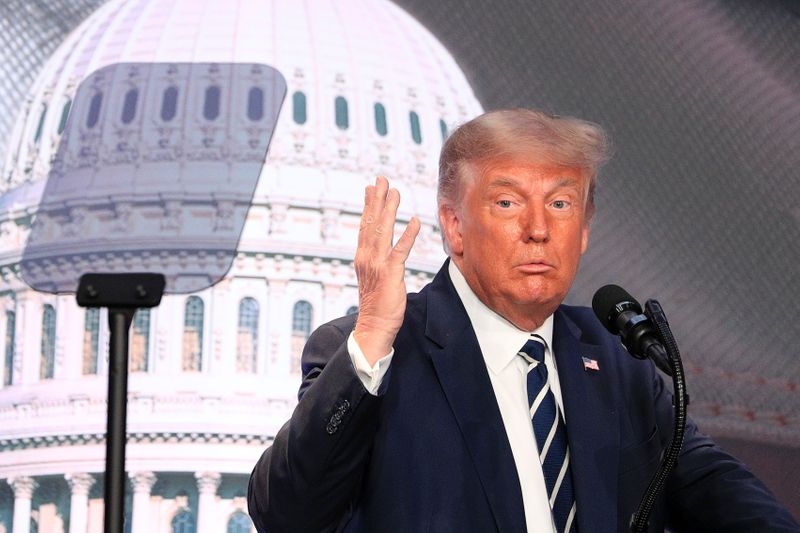 In a video excerpt, Trump initially told interviewer Steve Hilton “we don’t have to” do business with China, and then later said about decoupling: “Well it’s something that if they don’t treat us right I would certainly, I would certainly do that.”

Trump entered into a high-stakes trade war with China before reaching a partial Phase 1 trade deal in January. Trump has since shut the door on Phase 2 negotiations, saying he was unhappy with Beijing’s handling of the pandemic.

In June U.S. Treasury Secretary Steven Mnuchin said a decoupling of the U.S. and Chinese economies will result if U.S. companies are not allowed to compete on a fair and level basis in China’s economy.