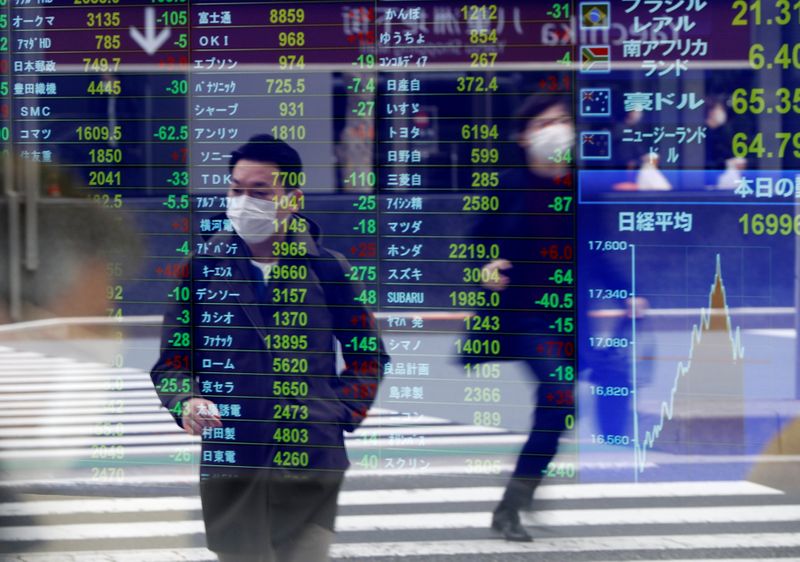 LONDON (Reuters) – The coronavirus crisis will see the world’s biggest firms slash dividend payouts between 17%-23% this year or what could be as much $400 billion, a new report has shown, although sectors such as tech are fighting the trend.

Global dividend payments plunged $108 billion to $382 billion in the second quarter of the year, fund manager Janus Henderson has calculated, equating to a 22% year-on-year drop which will be the worst since at least 2009.

All regions saw lower payouts except North America, where Canadian payments proved to be resilient. Worldwide, 27% of firms cut their dividends, while worst affected Europe saw more than half do so and two thirds of those cancel them outright.

“2020 will see the worst outcome for global dividends since the global financial crisis,” Janus Henderson said in a report published on Monday.

A break down of the various sectors showed some big differences too.

Banks and other financial firm that have been ordered by the European Central Bank to stop paying dividends accounted for half of the 45% reduction in Europe’s Q2 dividend drop to $77 billion.

Miners and oil firms were hit badly by the broad slump in commodity prices and consumer discretionary companies saw their operations hard hit by government lockdowns too, resulting in much lower payments.

In contrast, tech and telecoms and healthcare firms’ dividends were relatively unaffected, with dividends up 1.8% and 0.1% respectively on an underlying basis. (Graphic: Banks, retailers and media dividends slammed but tech powering on – https://fingfx.thomsonreuters.com/gfx/mkt/gjnpwayedpw/Pasted%20image%201598005233292.png)

That big tech resilience has also helped Microsoft (O:MSFT) and Apple (O:AAPL) power their way into the top ten of world dividend payers for the first time this year. That list is still topped by Nestle (S:NESN).

“Dividend trends are reflecting the trends in society and the stock market at the moment,” said Janus Henderson’s head of global equity income, Ben Lofthouse.

“Probably we are going to see increases from parts of the tech sector,” he added. “There are a lot of very strong balance sheets in that area.”

Going forward, he said, some key factors will determine how strong the recovery in dividends will be.

The most obvious is the path of the coronavirus, but there is also what U.S. firms do later this year and whether Europe’s banks get the green light early next year to restart their payments.

“The big question for the U.S. is what will happen in the fourth quarter. If many companies make significant cuts to their dividends, payouts will be fixed at a lower level until towards the end of 2021.”