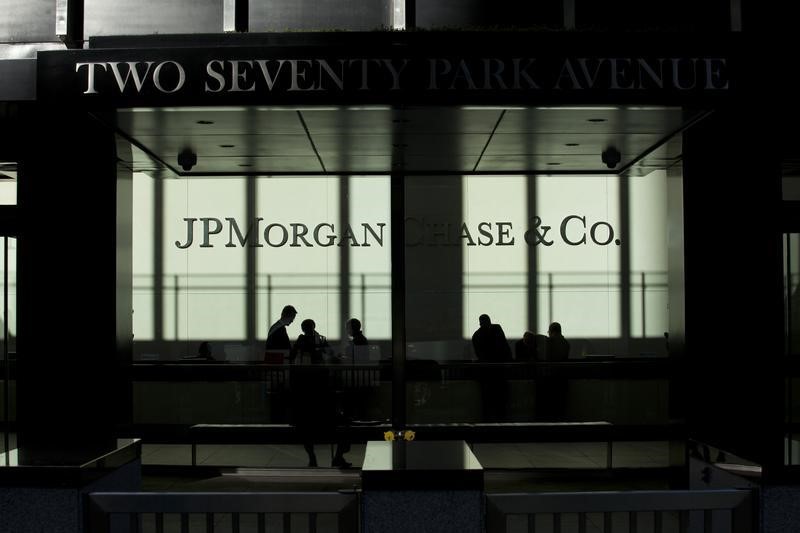 LONDON, August 24 (Reuters) – When the death of George Floyd forced companies to reflect on why there were so few Black people in their senior ranks, top banks and private equity firms pledged to do better.

But one corner of the finance world – the hedge fund industry – made fewer public statements.

Hedge funds are mostly small firms employing people who first made their names in banking. They say their relatively small size and the talent pool they usually hire from makes rapid progress increasing ethnic diversity challenging.

“Those who land in hedge funds are those who have been successful within the banking system in general, so the onus is really on banks creating the talent that will become hedge fund managers,” said Alain Nkontchou, co-founder of Enko Capital who worked on JPMorgan’s (N:JPM) proprietary trading desk and at BlueCrest.

Black staff in the industry said there has been little progress in hiring and promoting Black people in 20 years.

A report in 2018 by think tank New Financial found the asset management industry in London as a whole had just 12 Black fund managers.

“I hoped we’d be further on today than we are,” said Marcus Gibbs, head of operations for Europe at an American hedge fund platform, who began working in the industry in 2001 and said he is regularly the only Black person in the room at industry events.

In the United States, 2019 regulatory data showed 8.9% of hedge fund firms were owned by ethnic minorities, including Hispanic, Black, Asian and Native Americans, and they hold just 2.7% of assets.

“In the past, maybe 5% of our clients would engage us on this, now it’s more like a quarter,” said Chris Redmond, head of manager research at consultancy Willis Towers Watson (NASDAQ:WLTW), which advises investors on hedge funds.

“Investors are asking who is on our list of hedge funds who have had good racial and gender diversity.”

Albourne launched a survey on Aug. 17 asking hedge funds for data on employee and ownership composition, including ethnicity, gender and sexuality, which the consultancy can use to provide information for investors.

“We have seen increased concern and awareness from our clients on this issue over the last few months,” Albourne CEO John Claisse said.

Reuters asked 30 London-based hedge funds for data on the number of Black staff they employ.

Some funds said they did not disclose diversity data while 11 funds declined to comment, including Lansdowne Partners, Winton Group and Brevan Howard.

TT International Asset Management said that of 89 TT employees, four were Black and one of the four was involved in managing money. The firm also said it plans to start unconscious bias training.

A spokeswoman for Man Group (L:EMG), Europe’s largest hedge fund, said the company does not disclose diversity data but runs a Black employees network and supports #talkaboutblack, a campaign to improve diversity in the City of London.

Black people working at hedge funds told Reuters they have faced an array of negative experiences in the industry.

“I’m going to a lunch, I’m wearing a suit like everyone else and someone comes to me and asks me where the cloakroom is,” said one employee at a fund who did not allow him to speak publicly.

Another senior Black person at a hedge fund who did not wish to be named remembered being repeatedly asked by a colleague to fix his computer problems.

“The guys of my generation are broadly tired. We’ve seen all of this stuff … when you’re in a conference with your peers and some guy comes up to you and says how do I get to x and y,”.

Daryl Wright, executive board member and head of product & investment management at Lumyna Investments, a platform for hedge funds and asset managers, said the problem was an unconscious association between Black people and negativity.

“I think that’s really what comes into some of the issues we see in the hiring processes, promotions and the way people get treated day to day in the industry.”

Senior hedge fund industry figures said while change has to be led from the top, it needs to start at the bottom.

“It’s quite difficult to address that underrepresentation when there is no middle layer or senior layer to start with,” said Jonathan Sorrell, president of Capstone Investment Advisors.

Sorrell helped to launch a programme this week where eight hedge funds, including CQS, Man Group, Brevan Howard and TT International, joined more than 80 firms in the asset management industry in committing to each hire at least one Black intern. It aims to boost the number of Black portfolio managers in the long-term.

Hedge fund industry group AIMA said it is engaging with Black professionals and with hedge fund leaders who want to take action specifically on Black representation.

For Gibbs, the hope is that change will unfold much faster than it has done since he started out.