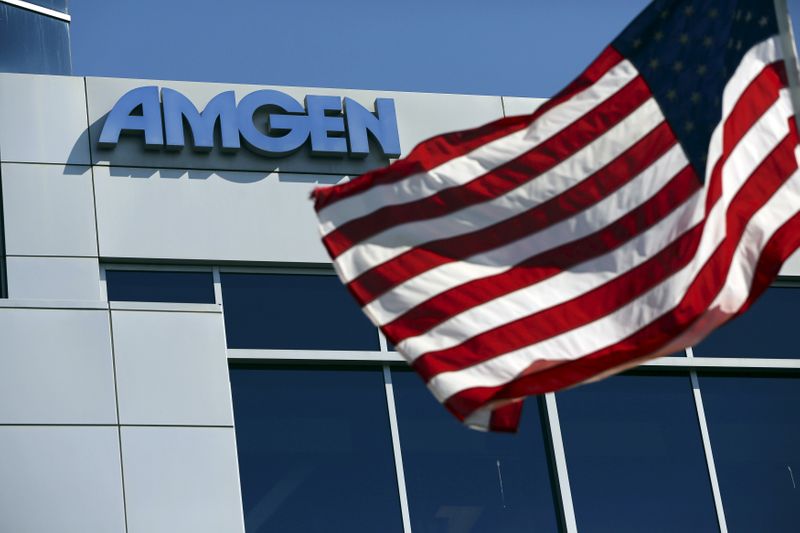 (Reuters) – Shares of Salesforce.com (N:CRM), Amgen (O:AMGN) and Honeywell International (N:HON) each surged over 3% in extended trade on Monday after it was announced they would join the Dow Jones Industrial Average as of Aug. 31.

Exxon Mobil (N:XOM), Pfizer (N:PFE) and Raytheon Technologies (N:RTX), which S&P Dow Jones Indices said would leave the 30-component Dow as part of the changes, each fell more than 1%.

S&P Dow Jones Indices, which manages the Dow, said the shakeup was a result of Apple’s (O:AAPL) four-for-one stock split, which will take effect the same day.

The drop in Apple’s stock price resulting from its split will reduce its weight within the Dow, along with the overall weight of the technology sector in the Dow. The index is weighted based on the share prices of its components, not on each company’s overall market value. Adding cloud computing heavyweight Salesforce.com reduces the decline of tech’s weighting in the Dow.

“The announced changes help offset that reduction. They also help diversify the index by removing overlap between companies of similar scope and adding new types of businesses that better reflect the American economy,” S&P Dow Jones Indices said in a press release. Trading at $217, $245 and $165, respectively, following the announcement, Salesforce, Amgen and Honeywell will have greater weight within the Dow than the companies they are replacing. Exxon last traded at $41.55, Pfizer at $38.22 and Raytheon (NYSE:RTN) was last at $60.06.