Home
Stocks
The Margin: One of the world’s top surf spots just delayed plans for reopening until next year amid coronavirus surge
Prev Article Next Article 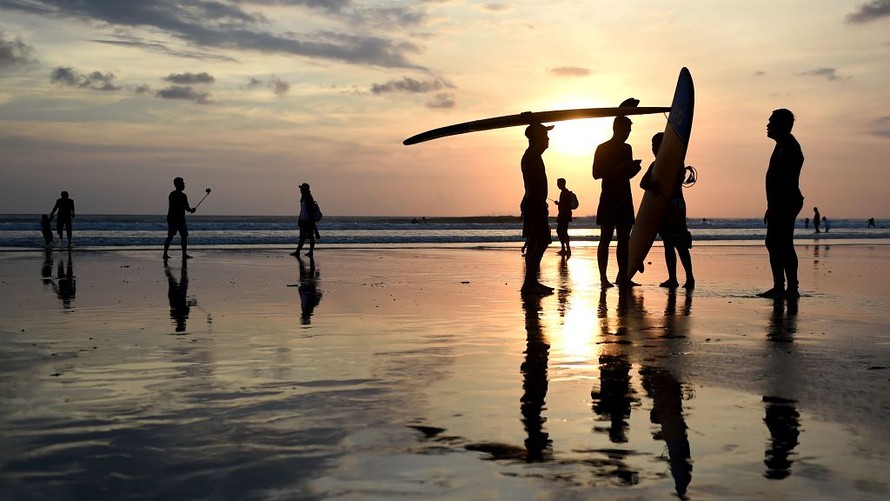 Uluwatu, Bingin, Padang Padang — for most, those words probably don’t mean much. But for surfers, those fabled Indonesian destinations deliver the kind of liquid perfection that grommets have been doodling on the back of their notebooks for decades.

But with beaches closed during the coronavirus lockdown, it was a frustrating summer for surfers watching from afar as one of the best seasons in recent memory battered the storied Bali shoreline.

Locals and those stuck on the Indonesian island finally had their opportunity to hit the surf on July 2, when authorities reopened the beaches to “physical activities with the observance of social distancing.” Here’s a glimpse of what was awaiting Bali’s surf-starved masses that day:

At the same time, landlocked daydreamers around the world were left to mindsurf those waves via the internet, awaiting their chance when Indonesia would, once again, welcome back international visitors. That date was supposed to be Sept. 11.

But with Indonesia reporting more fatalities — almost 7,000 — than other countries in Southeast Asia, the governor of Bali, which reported 4,576 coronavirus infections and 52 deaths, postponed those plans for the rest of the year. At least.

A decision on when foreign tourism could resume would depend on the “assessment of the situation in and outside of the country,” the governor said in the statement cited by Reuters. “Bali cannot fail because it could adversely impact the image of Indonesia including Bali in the eyes of the world, which could prove counterproductive to the recovery of travel.”

With Bali accounting for more than a third of all foreign visitors, that leaves Indonesia to deal with a tourism drop that was initially forecast in April to be $10 billion — a number that is likely to be even worse without a recovery in the second half, as was initially expected, according to Bloomberg.

Meanwhile, surfers around the world will have to keep clicking videos like this for their Bali fix: