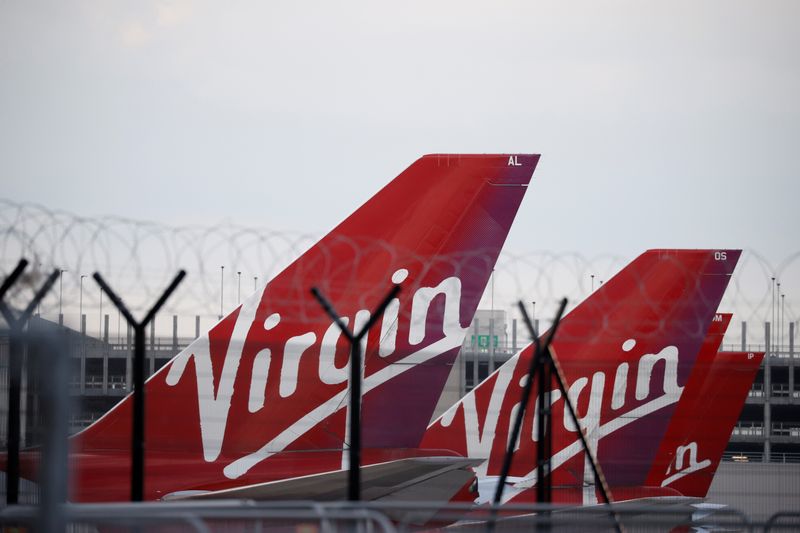 Virgin Atlantic agreed the deal with shareholders and creditors in July to secure its future beyond the coronavirus crisis.

The airline, which is 51% owned by Richard Branson’s Virgin Group and 49% by U.S. airline Delta (N:DAL), said it remains confident in the restructuring plan and is on track to finalise its solvent recapitalisation in the first week of September.

Tuesday’s vote of affected trade creditors includes nearly 200 suppliers that the airline owes more than 50,000 pounds to. It needs 75% support of the overall outstanding value of money owed at a hearing at London’s High Court.

If successful, another UK court hearing will be held on Sept 2 to approve the plan, and a procedural hearing is scheduled for Sept 3 in the United States.

Should the creditors fail to support the plan, the judge can still rule that it is in their interests for it to go ahead.

Virgin Atlantic has had to close its base at London’s Gatwick Airport and cut more than 3,500 jobs to contend with the fallout from the COVID-19 pandemic, which has grounded planes and hammered demand for air travel.

Global airline body IATA has said that the industry will not return to pre-crisis levels until 2024.

Although the likes of Germany and the United States have given bailouts to major carriers, Virgin Atlantic agreed a private-only restructuring deal after Britain said state support would only be considered after all other avenues had been exhausted.