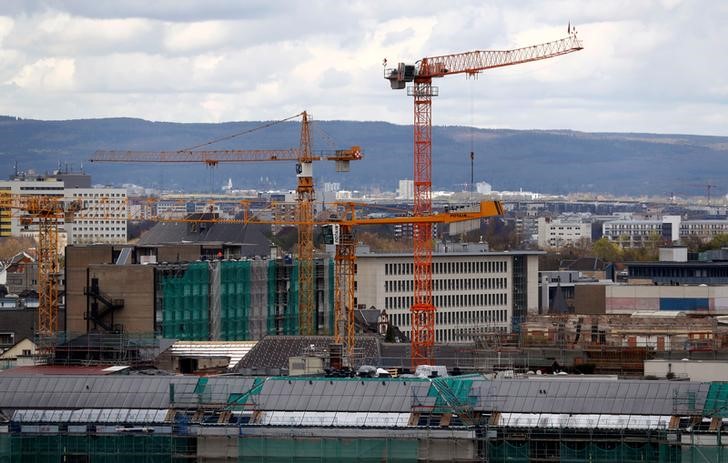 Investing.com – European stock markets are set to open higher Tuesday, helped by German growth data not being as bad as feared and by yet another record closes on Wall Street, as well as by positive comments after trade talks between the U.S. and China.

Germany’s economic output fell by 9.7% in the second quarter of 2020, the latest economic figures showed Tuesday, an improvement on the original release showing a drop of 10.1%.

Also helping the tone were reports that top U.S. and Chinese officials had held constructive talks aimed at resolving concerns around the Phase 1 trade deal reached between the two countries in January.

China’s commerce ministry said in a statement there had been “constructive dialogue”, while the U.S. Treasury declared that “both sides see progress”. Hard data show that China has bought only a fraction of what it promised to buy from the U.S. in the deal it signed in January, largely because the pandemic crushed demand for imports such as oil and liquefied natural gas.

“This is consistent with market expectations of the Phase 1 deal staying healthy and likely to hold, even as U.S.-China tensions flare up along non-trade dimensions – technology, access to capital, geopolitics,” Reuters reported Citigroup (NYSE:C) analysts as saying in a research note.

On Monday, the Dow Jones Industrial Average rose 1.4%. The S&P 500 and Nasdaq Composite rose 1% and 0.6%, respectively, to close at all-time highs.

These indexes were helped by signs the U.S. is stepping up efforts in its fight against the coronavirus pandemic, with the aggressive authorization of experimental treatments to fight the virus.

The news surrounding the coronavirus has been relatively positive in the U.S., with the number of new cases falling 17% last week, the fifth straight week of declines, according to Reuters data.

However, the number of cases globally has soared past 23 million, amid new outbreaks in Europe and Asia, including the first documented instance of human re-infection in Hong Kong.

Turning back to Europe, Credit Suisse (SIX:CSGN) announced Tuesday plans to merge the business of its subsidiary Neue Aargauer Bank with that of Credit Suisse, establishing a single brand in Canton Aargau, Switzerland.

Oil prices were mixed Tuesday, as large production cuts in the U.S. Gulf Coast due to Tropical Storms Marco and Laura competed with rising coronavirus cases in Asia and Europe for attention.