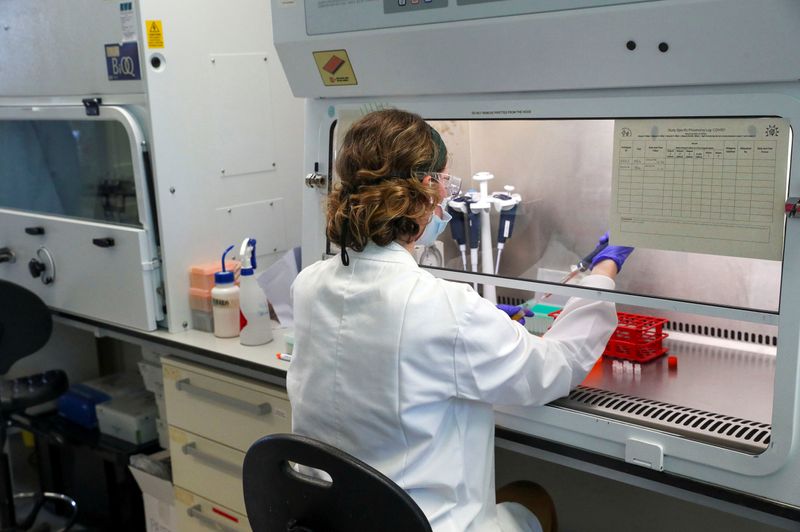 LONDON (Reuters) – Trial data for the University of Oxford and AstraZeneca (NYSE:AZN)’s possible coronavirus vaccine could be given to regulators this year but corners cannot be cut to speed up approval for emergency use, a scientist leading the trials said on Tuesday.

The Oxford vaccine produced an immune response in its first human trials, underlining its position as one of the leading candidates in the race to combat a virus that has led to hundreds of thousands of deaths and crippled the global economy.

“It is just possible that if the cases accrue rapidly in the clinical trials, that we could have that data before regulators this year,” Andrew Pollard, director of the Oxford Vaccine Group, told BBC Radio of progress in larger, late-stage trials.

“Then there would be a process that they go through in order to make a full assessment of the data.”

The trials hit the headlines earlier this week when the Financial Times reported the Trump administration was considering fast-tracking the vaccine for use in the United States ahead of the Nov. 3 presidential election.

One option being explored would involve the U.S. Food and Drug Administration (FDA) awarding “emergency use authorization” in October to the potential vaccine, the newspaper said.

Pollard said the process for emergency use authorisation was well established. “But it still involves having carefully conducted data … and evidence that it actually works,” he said.

The Financial Times reported that Washington was considering basing emergency approval of the vaccine on just a small UK study of around 10,000 people.

Pollard, the chief investigator of the global clinical trials of the vaccine candidate, said AstraZeneca would take the data to regulators once the scientists were satisfied with it.

He said Oxford had enrolled about 20,000 people in trials across Britain, Brazil and South Africa, with AstraZeneca leading a U.S. trial of 30,000 people.

“The size of the trials still isn’t the issue here, what you need is to have enough cases accruing during the time of observation in the trials,” Pollard said.