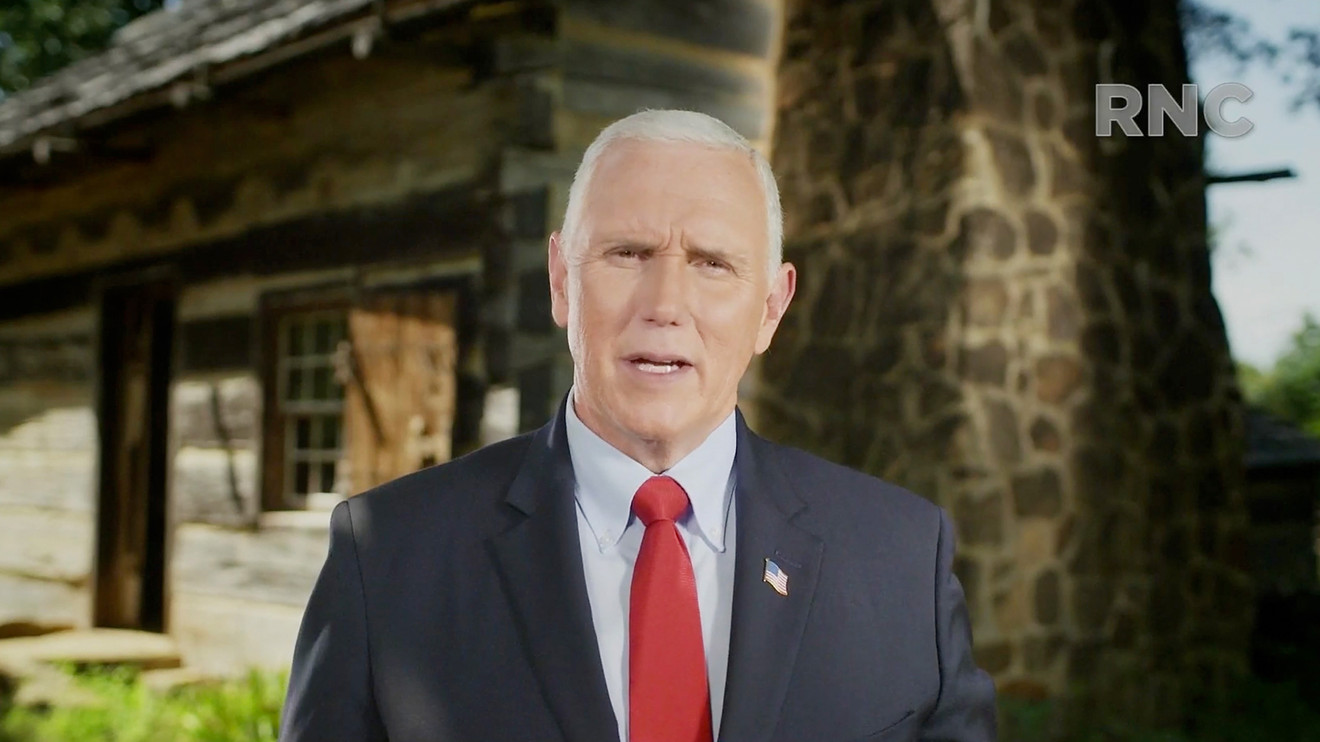 Mike Pence on Wednesday night is poised to use a historic Maryland fort as a backdrop while aiming to win over voters, as he delivers the keynote speech on the Republican National Convention’s third night and accepts his party’s vice-presidential nomination.

The vice president “will lay out the very real and important accomplishments of President Trump’s administration,” the Trump re-election campaign’s communications director, Tim Murtaugh, told reporters during a conference call on Wednesday afternoon.

“He will lay out a contrast, based on policies and those accomplishments, between the Trump administration and Joe Biden, and those topics will include, but not be limited to, the economy and foreign policy,” Murtaugh added. “And, of course, the vice president will reinforce the accomplishments of the Trump administration on fighting the coronavirus.”

Pence’s remarks — slated to be made at Baltimore’s Fort McHenry, known as the national anthem’s birthplace — are coming a day before a speech from President Donald Trump serves as the grand finale for the four-day, mostly virtual convention. Murtaugh has said the president on Thursday night “will be trumpeting his accomplishments” and talking about what he would do in a second term if the Trump-Pence ticket wins re-election in November.

Buttigieg, the ex-mayor of South Bend, Ind., said it’s “jarring that a man rooted in faith and scripture would punch the clock every day for a boss whose conduct flies in the face of every notion, liberal and conservative, of basic morals or decency.” Buttigieg, who has been campaigning for Biden since March, also said that as an Indiana native he’s “no stranger” to what he described as Pence’s “divisive, anti-LGBTQ politics.”

Among the other speakers due to make remarks at the GOP event on Wednesday night are Trump adviser Kellyanne Conway, who plans to step down from her White House job by the end of the month, as well as South Dakota Gov. Kristi Noem, second lady Karen Pence, Rep. Dan Crenshaw of Texas, Goya Foods CEO Robert Unanue, former football coach Lou Holtz and Lara Trump, the president’s daughter-in-law.

And see:CNN’s Chris Cuomo gets fired up over Trump’s Goya advertisement from the White House

The speeches will follow testimonials earlier in the week from a range of speakers, including Donald Trump Jr. and Nikki Haley on Monday and first lady Melania Trump and Secretary of State Mike Pompeo on Tuesday.

“In this delusion, thousands of Americans didn’t die in the last week from COVID-19, nor have millions of Americans been infected or put out of work,” she said in a statement. Bedingfield also said Americans “can’t afford for Donald Trump to bury his head in the sand any longer,” and the country needs “real leadership.”

Opinion:Trump, running for re-election, is faking it on the economy and the pandemic

Counterpoint:Don’t count Trump out — here’s how he can still win in November

In RealClearPolitics averages of polls as of Wednesday, the Democratic nominee is leading Trump by 7.0 percentage points in nationwide surveys and by 3.7 points in key swing states that are likely to decide the November election.