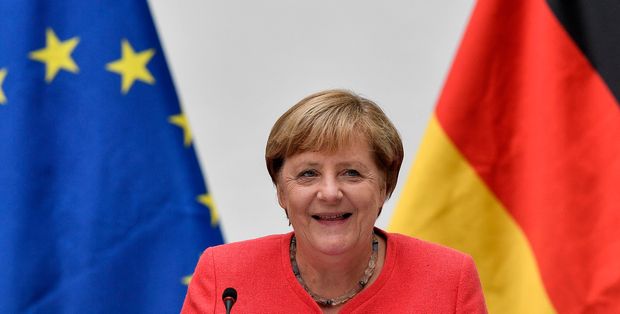 The mood across Europe was slightly subdued despite the S&P 500 SPX, +0.36% and the Nasdaq Composite COMP, +0.76% hitting fresh records on Wall Street late on Tuesday due to positive U.S.-China trade talks. China is also set to buy a record amount of soybeans from the U.S. in 2020 in a welcome sign the relationship between the world’s two largest economies is improving. U.S. stock futures YM00, -0.19% ES00, -0.00% NQ00, +0.26% were also mixed ahead of the open. Investors turned their attention instead to Powell’s speech on Thursday at the Jackson Hole economic symposium, which could reveal the next steps for monetary policy.

“Powell may well say the Fed will keep its policy as accommodative as possible until inflation and employment has strengthened,” AJ Bell investment director Russ Mould said.

“Equities are unlikely to move too much until the speech is made, but afterwards we could see a sharp increase in trading activity on the markets as investors get a clearer picture of the Fed’s intentions,” he added.

The cautious early gains in Europe on Wednesday were led by the DAX after the German government agreed to extend its coronavirus stimulus relief late on Tuesday in a bid to help Europe’s biggest economy through the crisis. A short-time work program, which sees the government top up pay for workers who lose hours due to the pandemic, has been extended until the end of 2021 from an initial end date of March next year.

Major German employers, including BMW, Volkswagen VOW, +0.20%, and Deutsche Lufthansa LHA, -0.20%, have all made use of the program to keep workers in their jobs. The government also prolonged aid for small and medium-size businesses until the end of the year. France is also set to unveil an economic recovery plan at the beginning of next month, Prime Minister Jean Castex announced.

Ambu AMBU.B, -15.16% shares tumbled 13%, as the Danish medical equipment maker cut its full-year earnings guidance and missed third-quarter revenue expectations. The company said COVID-19 had significantly increased demand for its resuscitators but that the rest of its portfolio had been hurt by a drop in surgeries due to the pandemic.