Home
Stocks
: Powell may be the headliner, but here are the other key central bankers set to speak at Jackson Hole
Prev Article Next Article 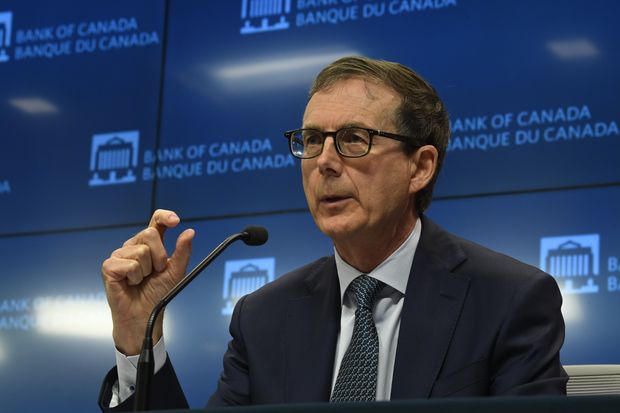 Tiff Macklem, Governor of the Bank of Canada, speaks during a news conference in Ottawa, Canada, on July 15, 2020.

Traders are mostly looking forward to the Jackson Hole economic symposium to get clues on the new stance on inflation from Federal Reserve Chairman Jerome Powell.

And while that is the most important element of what is now an online-only affair, several key central bank officials from outside the U.S. will be speaking.

Tiff Macklem, the governor of the Bank of Canada, will make his debut appearance in that role on the foreign stage, speaking on Thursday on a panel about “crisis management in the COVID-19 economic shutdown.”

Andrew Bailey, the governor of the Bank of England, will make opening remarks on Friday.

“Of the major central banks the BoE has been among the most optimistic on the rebound and eager to end its extraordinary stimulus. As the impact of COVID drags escalates in many countries, we’ll be watching closely for any change in tone that might signal capitulation to a weaker outlook and further QE in the coming months,” said strategists from TD Securities.

“There have been some suggestions that he might give a little more insight into the BoE’s thinking on negative rates. However, it is more likely that he will repeat the neutral message given in this month’s Monetary Policy Report that there are pros and cons of such a policy, and great uncertainties as to how effective it would be,” added Peter Dixon, senior economist at Commerzbank.

Philip Lane, the chief economist at the European Central Bank, and Isabel Schnabel, a key ECB board member, also will participate.

The message from the central bankers will be tough to calibrate, depending on what Powell says.

The Canadian dollar CADUSD, -0.17%, the euro EURUSD, -0.42% and the British pound GBPUSD, -0.13% each have gained ground versus the greenback over the last three months, and the central bankers will be wary of having their currencies strengthen too much as their fragile economies recover.