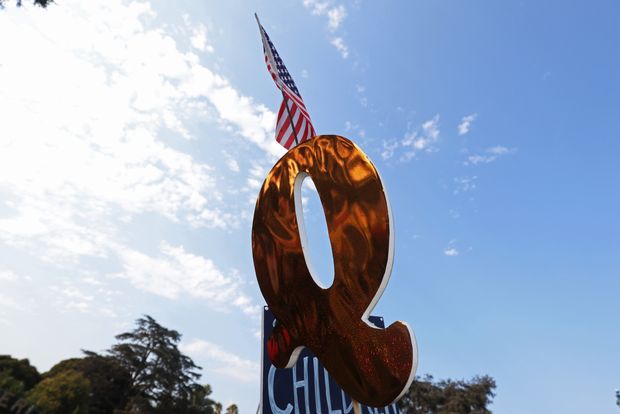 When President Trump was given the chance earlier this month to denounce QAnon, a festering far-right conspiracy theory, he instead  suggested that he appreciates the movement’s support and described believers as “people who love our country.”

Sen. Lindsey Graham, the South Carolina Republican and fervent backer of the president, doesn’t quite see it that way, however, and, in an an interview this week with Snapchat’s SNAP, +1.80% Peter Hamby, he summed up QAnon in these two words:

For those fortunate enough not to have been exposed to QAnon, here’s the basic belief system: The “deep state” is being run by a bunch of left-wing elites, who also happen to be murderous pedophiles working to tear down the Trump presidency. There’s also cannibalism.

“Crazy stuff. Inspiring people to violence,” Graham said. “I think it is a platform that plays off people’s fears, that compels them to do things they normally wouldn’t do. And it’s very much a threat.”

Yet QAnon remains popular in some of the more extreme corners of Trump’s base. Just take a look at what happened in Georgia’s 14th District earlier this month: Marjorie Taylor Greene, who has previously endorsed the theory, actually won a Republican primary and looks like a safe bet to win a seat in the House of Representatives in November.