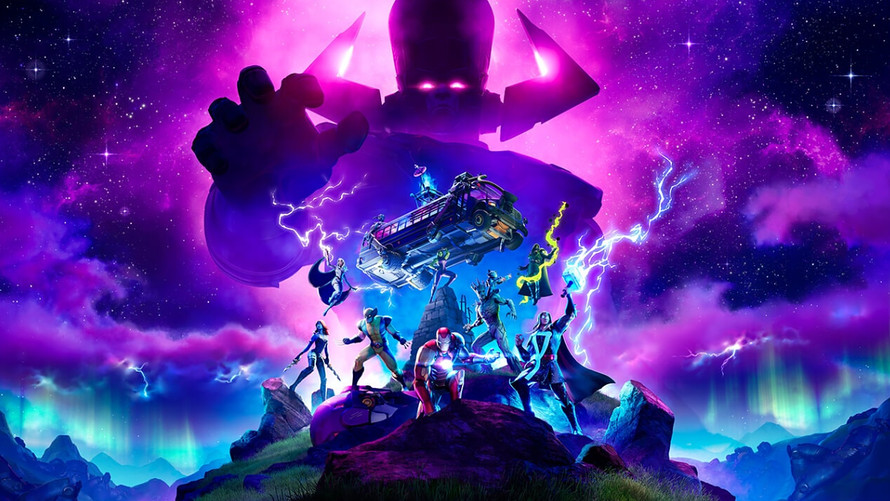 Epic Games Inc. launched Wolverine and Dr. Doom into “Fortnite” on Thursday, but fans of the popular videogame who play on Apple and Android devices may not know it.

In the first major consequence for consumers caught in the crossfire of the legal battle royale between “Fortnite” publisher Epic Games and tech giants Apple Inc. AAPL, -1.19% and Alphabet Inc.’s GOOGL, -0.94% GOOG, -1.09% Google, the new “Nexus Wars” season of “Fortnite” will not be available in either of their app stores. While devices running Google’s Android operating system can download the update directly from Epic, the new season featuring characters from Walt Disney Co.’s DIS, +1.17% Marvel Comics will not be available at all on Apple devices.

Read also: Will videogames be the Achilles heel for Apple and Google?

“Fortnite’s” 350 million registered players will not be able to access new versions of the game on any Apple product, but can fight against planet-destroying villain Galactus on consoles such as Microsoft Corp.’s MSFT, +2.45% Xbox, Sony Corp.’s SNE, -0.86% PlayStation and Nintendo Co. Ltd.’s NTDOY, -1.61% Switch, as well as non-Apple personal computers. Apple users who already have the game can continue to play the current version, but will not be able to receive updates, and those interested in downloading “Fortnite” for the first time will be out of luck.

While smaller videogame developers have griped about the commissions of Apple and Google for years, privately held Epic — valued at more than $17 billion — has been the largest to take on the two, which could end up being a pricey proposition in legal fees as well as lost revenue. So far in almost the entire month of August, “Fortnite” has racked up just $19.3 million of in-app spending through the App Store and Google Play combined, compared with $52.5 million in July and $58.3 million in June, according to market researcher Sensor Tower Inc.

It isn’t a total loss for Epic, though. “Fortnite’s” absence could push players toward PCs and its native Android app, where Epic can collect 100% of the fees.

A federal judge in California late Monday said that Apple could not block Epic from accessing its developer tools including Unreal Engine, but she declined to force Apple to put “Fortnite” back in the App Store and suggested that Epic take the payments workaround out of its game to re-enter the App Store.

“If Epic takes the steps the judge has recommended, we will gladly welcome ‘Fortnite’ back onto iOS,” an Apple spokesman told MarketWatch in a statement. “We look forward to making our case to the court in September.”

Epic did not immediately respond to an email message seeking additional comment. In an update to its running blog post about the fight with Apple, Epic said: “Apple is blocking ‘Fortnite’ updates and new installs on the App Store, and has said they will terminate our ability to develop ‘Fortnite’ for Apple devices. As a result, ‘Fortnite’s’ newly released Chapter 2 — Season 4 update (v14.00), will not release on iOS and macOS on August 27.”