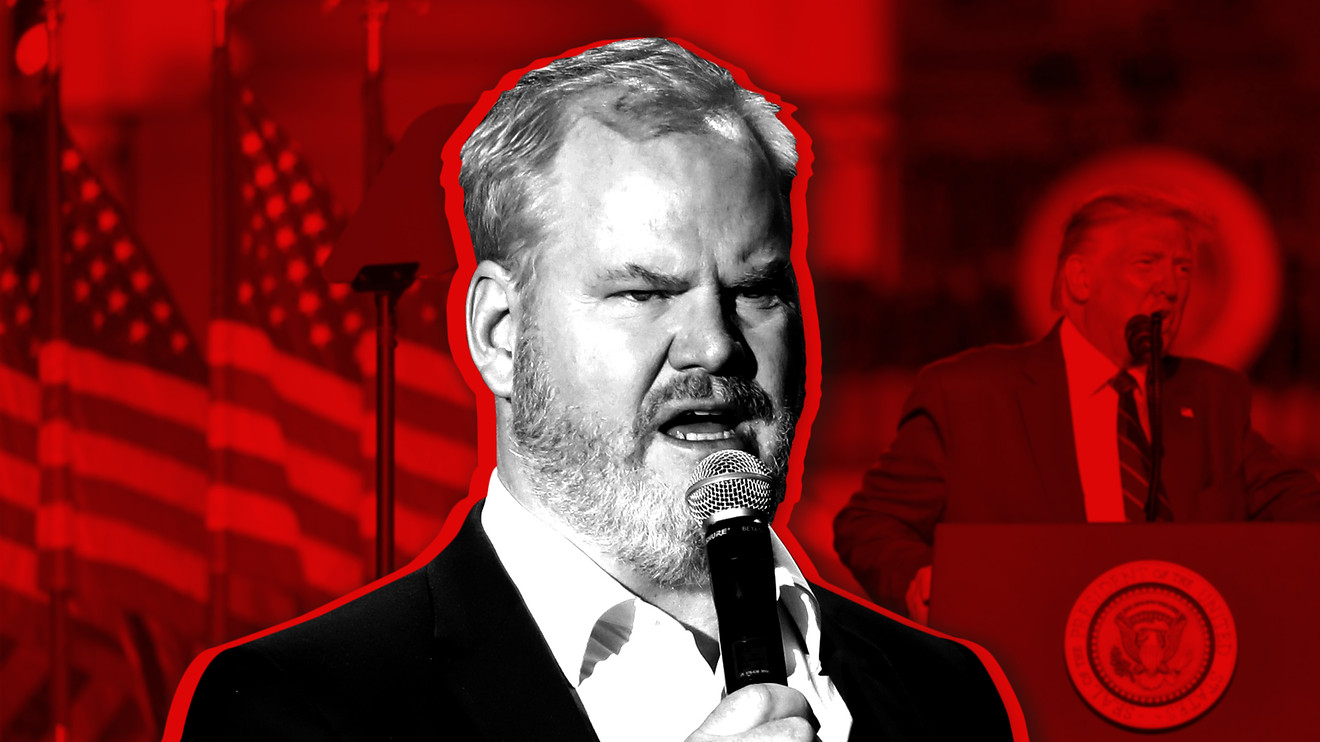 Jim Gaffigan, the typically apolitical comedian known for riffing about the Hot Pockets — and who certainly never curses during his standup routines — dropped several f-bombs on President Trump over Twitter TWTR, +1.36% on Thursday night.

While the commander-in-chief accepted his party’s nomination for the presidency during the Republican National Convention in a lengthy speech, Gaffigan launched a tirade against Trump and Trump loyalists for more than an hour.

“Look Trumpers I get it,” he began. “As a kid I was a cubs [sic] fan and I know you stick by your team no matter what but he’s a traitor and a con man who doesn’t care about you. Deep down you know it. I’m sure you enjoy p—-ing people off but you know Trump is a liar and a criminal.”

He accused Trump of mishandling the coronavirus pandemic while pushing the space program. And he expressed outrage over the president calling former President Obama a socialist and Democratic rival Joe Biden a radical, when Trump is the one “buddying up with dictators” and “interfering with the justice department.”

“Don’t let the socialist name calling distract you from the fact he is a fascist who has no belief in law,” Gaffigan said.

And as for Trump’s base supposedly hating “snobs and elites,” Gaffigan asked whether Ivana Trump and Jared Kushner have “ever done a real days work in their lives. Wake up.”

“ “To those of you who think I’m destroying my career wake up. If Trump gets elected, the economy will never come back.” ”

The surprising rant caught many people off guard, and led to the comedian’s name and even Nestle’s NSRGY, -0.68% Hot Pockets (which were featured in one of his more famous bits) to trend on Twitter overnight Thursday into Friday morning.

Many marveled that Gaffigan had finally “snapped.” (Indeed, his wife Jeannie Gaffigan tweeted at him to stop cursing.)

Other readers pointed out the risk that the clean-cut, Christian comic from Indiana took in voicing his opinion, as this could alienate his more conservative base.

In fact, many critics and Trump supporters warned Gaffigan that he was losing them as fans, and told him to stick to comedy, not politics.

“I really liked you. I thought you were so talented. I had no idea you were so hateful,” wrote one man in the comments. “It’s sad to say good-bye,” he added, with the hashtag #Trump2020.

“I am so disappointed in you. The one comic I like,” tweeted another a disgruntled fan.

Gaffigan was No. 3 on the Forbes list of highest-earning comedians last year, earning $30 million through touring and his comedy specials on Netflix NFLX, +0.29% and Amazon Prime AMZN, +0.51%. He responded to the calls to cancel him by tweeting, “To those of you who think I’m destroying my career wake up. If Trump gets elected, the economy will never come back.”

While many comedians make a living by being irreverent, Trump’s base has been quick to punish or “cancel” the comics they believe cross the line. For example, Kathy Griffin got a lot of flak in 2017 after she posted a graphic photo shoot showing her holding a mock-up of President Trump’s severed head. She was fired from co-hosting CNN’s New Year’s Eve special as a result — although earlier in 2020, she said that Trump should inject “a syringe with nothing but air.” And “Saturday Night Live” writer Katie Rich was suspended in 2017 for tweeting that “Barron will be this country’s first homeschool shooter.”