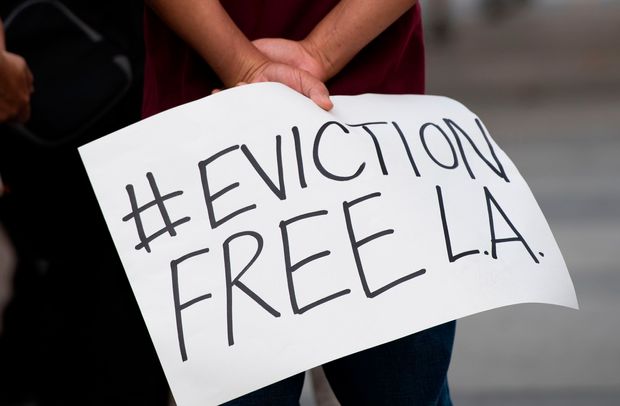 The sweeping pause on evictions took hold Tuesday evening, cover some 40 million renters and will apply through Dec. 31 for qualifying tenants who fill out a form and deliver it to their landlords.

But it also formalized a process that tenants and landlords across America have been trying to navigate on an ad hoc basis for months.

See: California eviction moratorium is ‘a real nightmare’ for renters to understand — here’s what you need to know

“I can’t believe we didn’t think of its sooner,” said Jonathan Needell, chief investment officer at Kairos Investment Management, of the CDC’s eviction ban, which he views as the federal government recognizing “that for health reasons, you can’t put people on the street.”

“The reality is we’ve been dealing with an eviction moratorium throughout this whole time anyway,” he said, referring to the hodgepodge of state and local orders that paused evictions since March, as well as courts that have been operating at limited capacity, creating backlogs for landlords looking to evict tenants who owe backrent.

Prior to this week’s CDC order, renter evictions were picking back up in some major U.S. cities, including since the extra $600 in unemployment benefits expired in July.

Around Houston, Texas, the largest city in the state, the Harris Country Counstable’s office this week began working through a pile of 200 eviction orders in one of its eight precincts, according to a CNN report, which pegged the volume of judge-ordered evictions at roughly double the rate for an entire month prior to COVID.

Those and other pending evictions nationally now are paused as landlords and tenants figure out the next steps.

Kairos owns and operates a portfolio of commercial and multifamily properties that crisscross the nation from to Washington state to Texas to Florida, where Needell said multifamily rent collections have remained high in the 95% range despite the crisis.

“I do think collections have been pretty good, probably to most people’s surprise,” he told MarketWatch. But Needell also sees a need for some form of further stimulus for households until the coronavirus can be better managed.

“What we have is a half-built bridge, over a ravine, but we don’t know where the ravine ends.”

House Speaker Nancy Pelosi and Treasury Secretary Steven Mnuchin, locked in a stalemate for weeks over the scope of additional pandemic aid for families and businesses, now also must strike a deal to avoid a government shutdown after current funding expires on Sept. 30.

Another perhaps underappreciated aspect of the CDC’s national eviction halt is that it now sweeps up rental properties financed in private markets, in ways that already were impacting landlords of multifamily buildings with federally backed loans.

That could impact Wall Street’s single-family rental push in the wake of the last decade’s foreclosure crisis, namely by Invitation Homes, Inc. INVH, -0.52% and American Homes 4 Rent AMH, -0.27%, Tricon Residential TCNGF, -0.85% and other institutional landlords that account for about 1% of the single-family rentals.

Shares of all three rental operators were lower Friday, but so were the major stock indexes, including the Dow Jones Industrial Average DJIA, -0.56%, S&P 500 index SPX, -0.81% and Nasdaq Composite Index COMP, -1.26%, after Thursday’s sharp selloff.

Invitation Homes said it already had been following the restrictions laid out by the CDC order “since early in the pandemic – working with our residents facing COVID-related financial hardships and offering a variety of payment options so they can stay in their homes,” in a statement to MarketWatch. Tricon declined to comment. American Homes did not immediately respond.

But as David Howard, executive director at the National Rental Home Council, a trade group for the single-family rental home industry, points out, “mom and pop” investors still own about 97% of the nation’s near 23 million single-family rentals, often overseeing one to three properties.

“With this new moratorium some landlords in this country will end 2020 without having received rent for 9½ months, and there’s absolutely nothing to be done about it,” he told MarketWatch.

“Trump’s new eviction ban provides no consideration for struggling landlords who have tenants not able to pay rent. These homeowners are essentially left with two options – go deeper into debt to stay afloat or sell.”

Howard suggests that a simple way to alleviate some of the stress building up in the sector would be for the Trump administration and Congress to come up with “sensible rental assistance programs” that “provide immediate relief to both renters and landlords.”

Early on during the pandemic, landlords with multifamily properties financed through housing giants Freddie Mac FMCC, -0.46% and Fannie Mae FNMA, +1.37% received breaks on their debt payments, but in August also were ordered to start informing tenants of expanded eviction protections through year-end, Forbes reported.

But what the CDC’s order won’t do is trump state or local eviction bans that provide the “same or greater level of public-health protection.”

Eli Randel, chief strategy officer at CREXi, an online commercial real estate marketplace, said that details of how the CDC eviction pause will be applied or enforced remain a bit murky, which will take property owners time to sort out.

“One upon a time, the single-most relevant factor for determining which place people wanted to rent was that it needed to be located about 30 minutes away from work,” he told MarketWatch.

“Now you’re seeing an exodus away from some big employment centers, certainly in New York and L.A., as people are no longer constrained by coming into the office everyday.”