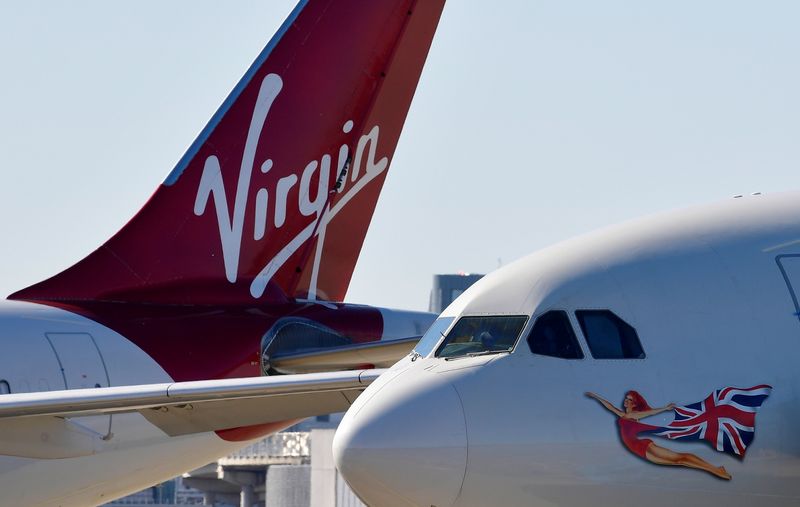 As companies don’t typically model in months of little to no revenue, investors are forecasting an increase in defaults, while balance sheets are unlikely to improve until the end of 2021.

“There will be even more corporate challenges – companies may have too much debt or not enough liquidity to deal with the large revenue declines.”

Here is a list of well-known companies looking to restructure or find new owners:

– Virgin Atlantic completed a 1.2 billion pound ($1.59 billion) rescue deal with major shareholders and creditors in September. However, the company said that would not enough to secure its future and announced 1,150 job cuts.

– Britain’s Premier Oil (L:PMO) in August announced a $530 million debt restructuring, which needs the support of both its board and its shareholders.

– Dutch retailer Hema is set to be taken over by its bondholders through a debt-for-equity swap.

– Spanish paper producer Lecta Group, formerly owned by private equity group CVC, was taken over by bondholders at the end of 2019 and is still working on a recapitalization.

– British shopping center operator Intu Properties is in talks with shareholders and potential new investors to raise funds to shore up its balance sheet.

– Seadrill (OL:SDRL) (N:SDRL), controlled by Norwegian-born shipping tycoon John Fredriksen, has written down the value of its oil drilling rigs by $1.2 billion and hired bankers and lawyers to evaluate a financial restructuring. Its debt stands at $7.5 billion.

– J.C. Penney Co Inc reached a reached a tentative deal with landlords and lenders valued at $1.75 billion to rescue it from bankruptcy proceedings, averting a liquidation that would have threatened roughly 70,000 jobs.

– Neiman Marcus Group is expected to emerge from Chapter 11 bankruptcy by the end of this month under a restructuring plan that is likely to eliminate more than $4 billion of its debt.

– Chesapeake Energy Corp (N:CHK) filed for Chapter 11, becoming the largest U.S. oil and gas producer to seek bankruptcy protection in recent years. It entered into a restructuring support agreement, which has the backing of lenders to its main revolving credit facility.

– U.S. shale producer Whiting Petroleum Corp (N:WLL) said in September it had emerged from Chapter 11 bankruptcy and completed its financial restructuring, shrinking its funded debt by about $3 billion.

– U.S. energy producer Denbury Resources Inc (OTC:DNRCQ) said it expects to emerge from Chapter 11 in mid-September, with a bankruptcy court confirming a “pre-packaged” plan to restructure its balance sheet and eliminate $2.1 billion of bond debt

– J. Crew Group Inc could emerge from Chapter 11 in September, after its restructuring plan was approved by a bankruptcy court. The plan will equitize over $1.6 billion of secured debt and provide for $400 million in asset-based loans as well as $400 million of fresh financial aid.