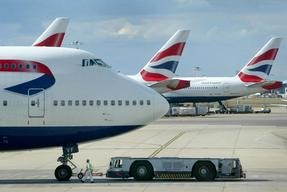 Investing.com — Another day, another sign of the travel industry struggling to escape the clutches of Covid-19.

International Airlines Group (LON:ICAG), the parent of British Airways, Iberia, Aer Lingus and Vueling, has had to price its 2.7 billion euro capital raise at a 36% discount to the reference price, a stark illustration of how hard it’s getting to persuade private investors to put capital into an industry which can struggle to make sustainable profits in the best of times.

IAG became the latest big airline group on Thursday to revise down its outlook for the fourth quarter of this year saying it now expects Available Seat Kilometers, a key metric of capacity, to be down 60% from year-earlier levels, rather than the previously expected 46% drop. For 2021, it revised its forecasts for ASKs to 27% below 2019 levels, from a previous estimated drop of 24%.

“Since July, IAG has experienced an overall levelling off of bookings,” the group said in a statement. “Short-haul bookings have fallen slightly following the re-implementation of quarantine requirements by the U.K. and other European governments for travellers returning from specific countries including Spain.”

The most optimistic thing it could say was that its more lucrative long-haul business has registered a “modest increase” since August, and that “where travel markets have reopened without border restrictions and quarantine requirements, IAG has been encouraged by the level of pent-up demand that exists for air travel.”

IAG shares fell 3.8% to a three-week low in response, underperforming both the FTSE 100 and the IBEX 35. They weren’t helped by some unfortunate-sounding lobbying from the International Air Travel Association, which warned that the U.K. aviation industry, the backbone of IAG’s business, is in existential crisis.

“Without a rescue plan, 820,000 jobs will be vaporized by quarantine and they may never come back,” IATA said in a statement that called for a new airport testing regime, a suspension of Air Passenger Duty and the extension of the government’s furlough scheme “until border restrictions are lifted and the industry has a chance to recover.”

IAG does at least expect to break even on an operating cash flow level even under its new assumptions. However, it warned that it still expects that passenger demand will return to 2019 levels no earlier than 2023.

IAG wasn’t the only travel group scrambling to raise money on Thursday. UK-based Saga (LON:SAGA), which specializes in selling holidays and insurance to the over-50s, said it will try to raise 150 million pounds to plug the holes in its balance sheet made by the pandemic.  The company swung to a pretax loss of 55 million pounds in the six months through July, sending net debt (excluding its cruise business) to 3.6 times EBITDA.

Saga shares had already lost nearly 70% year-to-date before the announcement and fell another 5.4% in the wake of it.