Home
Stocks
Key Words: Fauci tells Americans to ‘hunker down’ this fall and winter: ‘It’s not going to be easy’
Prev Article Next Article 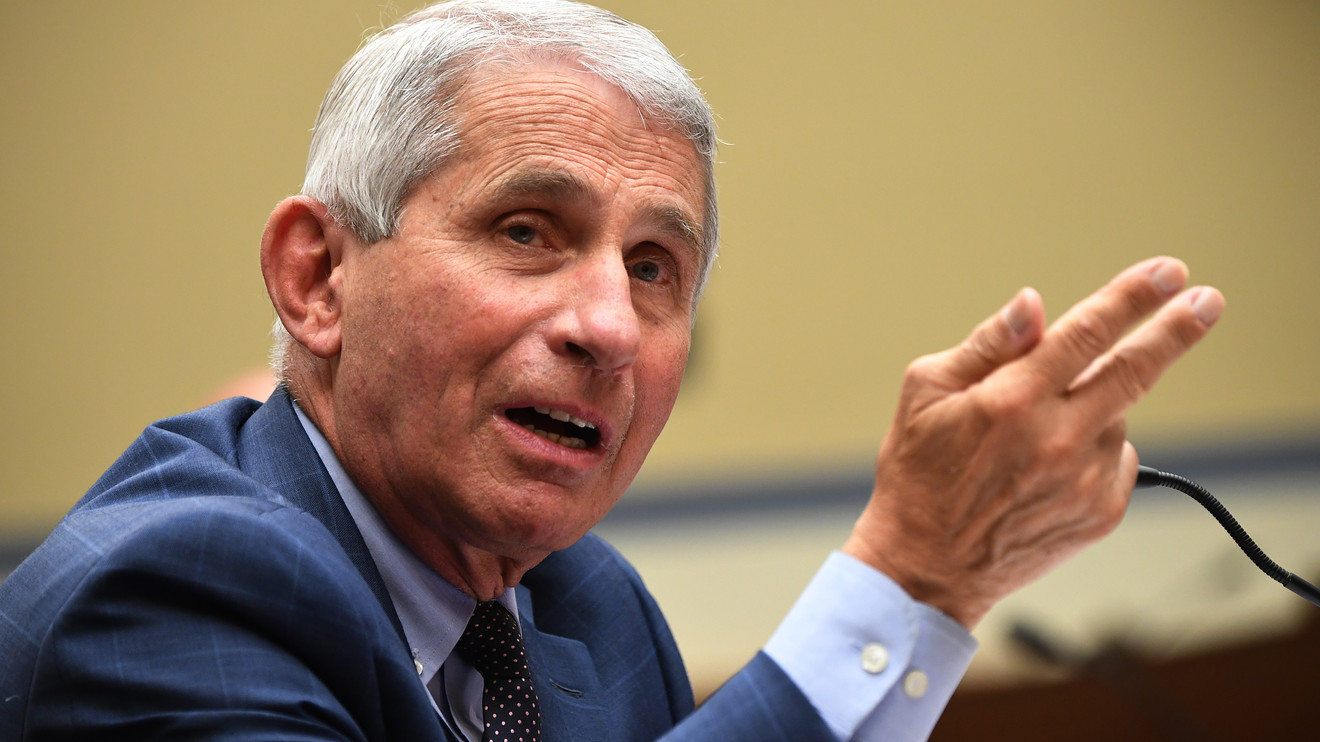 The world is officially six months into the coronavirus pandemic, and Dr. Anthony Fauci is warning that there are still rough times ahead.

Ready for the winter of our discontent?

“We need to hunker down and get through this fall and winter, because it’s not going to be easy,” the nation’s leading infectious-disease expert said during a panel discussion with Harvard Medical School on Thursday.

The director of the National Institute of Allergy and Infectious Diseases drew on his experience battling the HIV/AIDS epidemic in the 1980s and 1990s, which began with a handful of cases before becoming a global pandemic that has caused tens of millions of deaths and infected more than 70 million people worldwide in the decades since.

“We’ve been through this before,” he said. “Don’t ever, ever underestimate the potential of the pandemic. And don’t try and look at the rosy side of things.”

Coronavirus update: U.S. case and death tallies keep rising, as Fauci expresses frustration and warns not to look on the bright side

And he disagreed during an MSNBC interview on Friday with President Donald Trump’s insistence that the country has rounded the final turn in the pandemic. “I’m sorry, but I have to disagree with that,” he said, pointing to the “disturbing” statistics showing the country plateauing at about 40,000 new COVID-19 cases a day. He also expressed concerned about a possible surge in cases following the Labor Day weekend.

Fauci joined other health experts in expressing concern about the “unacceptably high” number of COVID-19 cases in the U.S. as the country heads into the flu season. Fauci wants to see this baseline down at 10,000 or less before influenza begins picking up in October. The U.S. case toll rose above 6.4 million on Friday, with at least 191,600 people dead.

Centers for Disease Control and Prevention director Robert Redfield also recently warned that Americans are in for “the worst fall, from a public health perspective, we’ve ever had,” citing concerns of a possible “twindemic” of COVID-19 cases and the seasonal flu both overwhelming hospitals. The flu has seen between 140,000 and 810,000 people hospitalized each year since 2010, and is responsible for between 12,000 and 61,000 deaths a year.

Read more:CDC director warns America is in for the ‘worst fall … we’ve ever had’

Indeed, the American Academy of Pediatrics announced earlier this week that vaccinating children against the flu is “more important than ever,” advising anyone over the age of six months to get the vaccine before Halloween. And the CDC has ordered an extra 10 million doses of this year’s influenza vaccine, for more than 190 million doses total, to make sure that there’s plenty of the vaccine to go around. Read the AAP’s full recommendations here.

The flu isn’t the only complication that health officials are concerned about this fall. As the weather cools, people will begin moving back indoors to dine, work out and socialize, which Fauci referred to as a “precarious situation” during the MSNBC interview. It’s harder to practice social distancing indoors than it is outside in a well-ventilated area; being packed together indoors makes it easier for the virus to spread. “People will be spending more time indoors, and that’s not good for [combating] a respiratory-borne virus,” Fauci said.

In fact, a CDC report released Friday found that people who tested positive for COVID-19 were approximately twice as likely to have reported eating recently at a restaurant compared with those testing negative. Fauci also told MarketWatch in a July interview that he would not dine out at any restaurant, whether seating was indoors or outdoors.

Read more:People who tested positive for COVID-19 were twice as likely to report eating recently at a restaurant, CDC report says

COVID-19 outbreaks have also been reported in some localities where students have returned to school. A suburban Atlanta county had to quarantine almost 1,200 students and faculty last month, for example. A recent study in the Journal of Pediatrics warned there’s research to suggest that children could spread COVID-19 even if they already have developed antibodies.

Dispatches from a Pandemic:It seemed safe to reopen Israel’s schools, but then came COVID-19 outbreaks — what can we all learn from those mistakes?

And a New York Times review of 203 counties in the country where students make up at least 10% of the population found that new COVID-19 cases per capita are twice as high in college towns as the rest of the country. It should be noted, however, that it’s not clear how many cases are definitely tied to campus outbreaks, or whether extra testing in college communities could be driving the higher case counts.

Despite saying it’s too soon to look on the “rosy side of things,” Fauci did note that vaccine trials are “progressing very well,” and reiterated the belief that a vaccine could be possible by the end of the year or early next year.

He reminded the Harvard panel that we’re still learning about this virus, and so officials are adapting their guidelines as they go. “We’ve really got to realize that from Day 1 you don’t know it all,” he said. “And you’ve got to be flexible enough to change your recommendations, your guidelines, your policies, depending upon the information.”