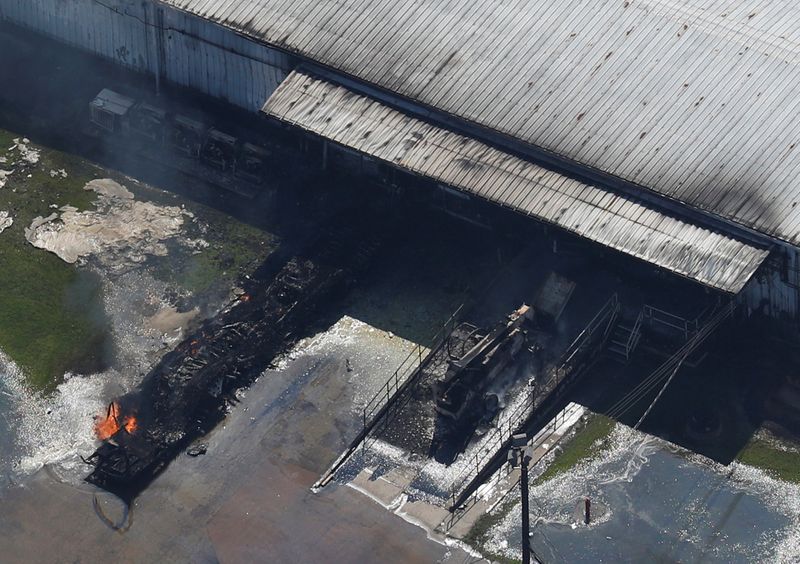 Prosecutors unintentionally misled a grand jury by claiming another firm, unlike Arkema, moved its hazardous chemicals when presented with the threat of flooding, Texas Judge Belinda Hill said in court on Thursday, allowing the trial to proceed. Defense attorneys had argued the grand jury testimony was part of a pattern of misconduct that tainted the case.

The company’s Crosby, Texas, plant became waterlogged and lost power needed to cool organic peroxide chemicals after Hurricane Harvey dumped more than 50 inches of rain on the area in 2017. The untended chemicals caught fire and burned for days, injuring 21 safety workers and forcing residents from their homes.

Arkema and its U.S. chief executive, Richard Rowe, and former plant manager Leslie Comardelle face felony charges for the pollution released by the chemical blaze. The company faces up to a $1 million fine and the executives could receive up to five years in prison.

The trial resumed after being suspended in the spring due to the pandemic. Judge Hill plans to release her findings on the misconduct at a later time, according to a person familiar with the matter. Earlier this year, she sanctioned prosecutors for withholding other evidence beneficial to the defense.

Prosecutors this month agreed to drop separate assault charges against the company and a third executive over smoke inhalation injuries suffered by public safety workers assigned to guard the plant.

Arkema maintains the case wrongly turns a flooding disaster into a criminal case.