Home
Stocks
The Margin: As Trump prepares to leave Walter Reed after coronavirus treatment, here’s what we know about his health
Prev Article Next Article 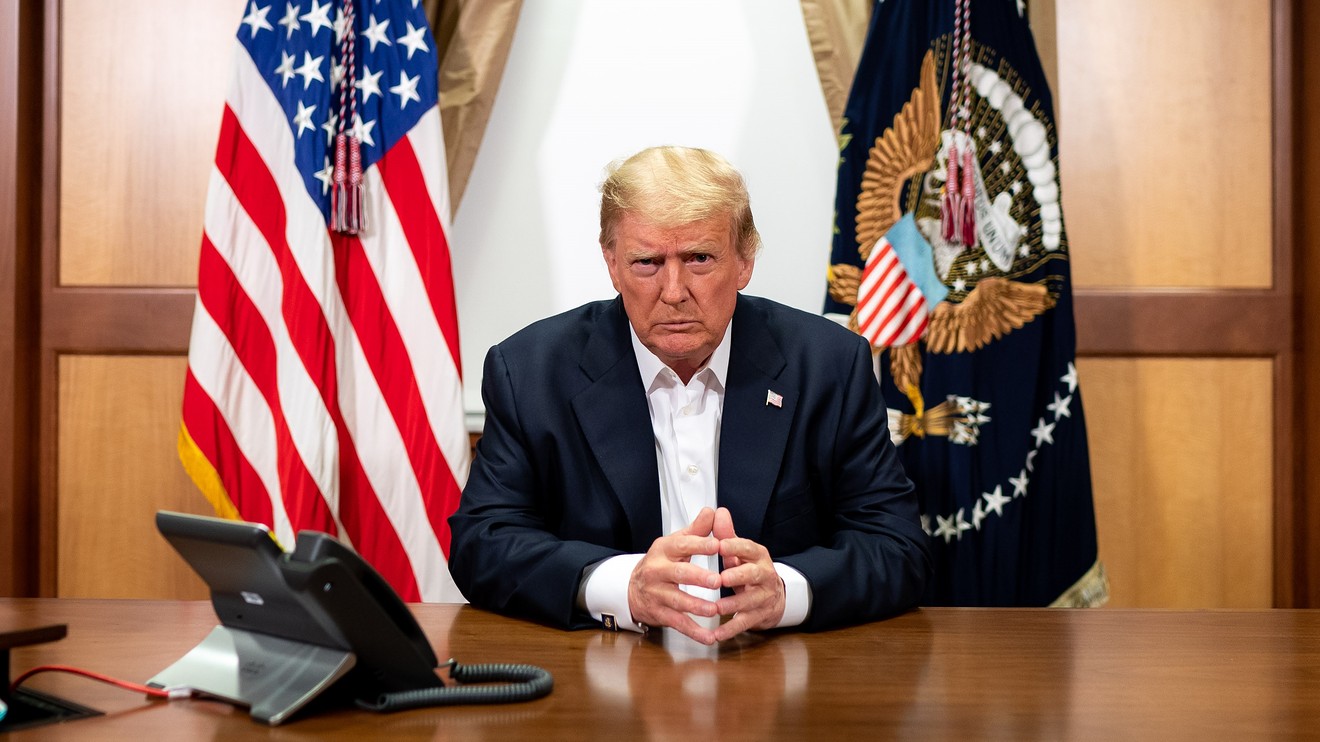 President Trump is ready to come home to the White House.

The commander-in-chief tweeted on Monday afternoon that he will be leaving Walter Reed Medical Center at 6:30 p.m. Eastern time, just days after he moved into the Bethesda, Md. hospital for “further evaluation” and out of “an abundance of caution” after revealing he had tested positive for COVID-19.

“I feel better than I did 20 years ago!” he added, urging his followers not to fear the coronavirus or “let it dominate your life.”

His physician Dr. Sean Conley said in a Monday afternoon press briefing that while Trump “may not entirely be out of the woods yet,” his clinical status supported a “safe” return home.

Here’s what we know so far about his prognosis and treatment, as well as how they’re impacting the federal government and the election.

The president relocated from the White House to Walter Reed on Friday, the same day that he and first lady Melania Trump revealed they had tested positive for COVID-19.

He was being treated with Regeneron Pharmaceuticals Inc.’s experimental neutralizing antibody cocktail, Gilead Sciences Inc.’s remdesivir, and the steroid dexamethasone. The latter is often used to treat severely ill COVID-19 patients. Trump was also given supplemental oxygen at least once, his physician Dr. Sean Conley confirmed on Sunday. And the president is taking zinc, vitamin D, an acid reducer, melatonin and aspirin.

Read:President Trump is prescribed a third drug to combat his COVID-19 infection

The president has been reassuring the public about his prognosis

Trump told the American people that “I feel much better now” in a video statement from Walter Reed late Saturday, and that the first lady was doing well, too.

The president also briefly left Walter Reed on Sunday night to take a motorcade ride past his supporters, who had been lining up outside since he was admitted. Some doctors expressed alarm over the move, including an attending physician from Walter Reed, James Phillips, who called it “insanity” and “political theater.” Phillips tweeted, “Every single person in the vehicle during that completely unnecessary Presidential ‘drive-by’ just now has to be quarantined for 14 days.”

Read: Here’s what doctors are saying about Trump’s motorcade outside Walter Reed to wave at supporters

His medical team told reporters on Monday afternoon that Trump had not recorded a fever in more than 72 hours, and his oxygen levels were normal. And once the president returns to the White House, Conley added that Trump will be “surrounded by world-class medical care 24/7.”

There have been conflicting reports about the president’s health

Questions remain about the president’s medical condition, as well as the date of his last negative COVID-19 test and when he first began treatment for the virus after his personal physician made some statements that have conflicted with what White House chief of staff Mark Meadows told reporters.

This has led Dr. Ashish Jha, the dean of the Brown University School of Public Health, to call for “radical transparency” on Trump’s illness. “As the president undergoes treatment for his emerging symptoms, the public must receive daily, honest updates about the president’s condition, not from White House staff but from his medical team,” Jha said in a statement.

Dr. Jha also tweeted that it is a reasonable assumption that the president was infected sometime between Saturday, Sept. 26 — when he announced Amy Coney Barrett as his Supreme Court candidate in the Rose Garden — and the following Monday, and that he could have been infectious as early as Tuesday, when he faced former Vice President Joe Biden in the first presidential debate. Biden has so far tested negative for the virus.

Trump’s chief of staff also warned on Friday morning that all White House staff had been tested for COVID-19, and he expects that “as this virus continues to go on, other people in the White House will certainly have a positive test result.”

Read:Here’s a reverse timeline of where Trump has been

What if Trump becomes too sick to serve as president?

Under the Constitution, Vice President Mike Pence would take the reins in the event that Trump was unable to perform his duties for health reasons, and he would likely pick another Republican to serve as his own vice president. If something happened where Pence was unable to step in as commander-in-chief, Democratic House Speaker Nancy Pelosi would be next in line. Here’s a detailed look at the presidential line of succession.

What this means for the election

There’s a lot still up in the air, such as whether the remaining two presidential debates, on Oct. 15 and Oct. 22, will be canceled. They will most likely be impacted in some way. There is some speculation that they may not be in-person events. “Saturday Night Live’s” parody of the first debate suggested that it may end up being the only presidential debate of this election.

The vice presidential debate between Mike Pence and Sen. Kamala Harris was still on track to take place on Wednesday, Oct. 7.

The president will put in-person campaigning on pause while he quarantines, with his campaign manager Bill Stepien announcing last Friday that these are being moved to virtual events or are being temporarily postponed. Trump tweeted a series of campaign-style slogans on Monday morning that called upon his supporters to vote, including: “BIGGEST TAX CUT EVER, AND ANOTHER ONE COMING. VOTE!” and “STOCK MARKET HIGHS. VOTE!”

Biden has continued campaigning, although his team pulled down their attack ads as the president was moved to Walter Reed on Friday. (The Trump campaign did not reciprocate.) Biden’s schedule still saw him traveling to Florida on Monday for campaign events including a town hall.

Read:Here’s how Trump’s positive coronavirus test has shaken up the campaign – plus what could happen next

How financial markets have reacted

While Trump’s diagnosis rattled the markets last Friday, by midday Monday, the U.S. benchmark stock indexes were higher as investors watched the president’s response to treatments and reinvigorated stimulus talks in Washington.

By Monday afternoon, there were 7.4 million COVID-19 cases in the U.S., the highest in the world, and a death toll of 209,938 and counting, per the latest update/Johns Hopkins.

This is a breaking news story that will continue to be updated.