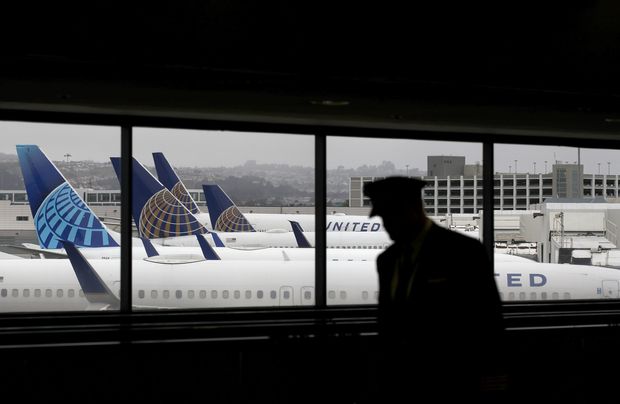 A pilot walks by United Airlines planes at the San Francisco International Airport in April.

Adjusted for one-time items, United lost $8.16 a share, versus an adjusted profit of $4.07 a share a year ago.

Analysts polled by FactSet had expected the airline to report an adjusted loss of $7.53  a share on sales of $2.50 billion.

United said it expects its third-quarter sales would be “the best” among other large, “legacy” airlines once all results are in.

“Having successfully executed our initial crisis strategy, we’re ready to turn the page on seven months that have been dedicated to developing and implementing extraordinary and often painful measures, like furloughing 13,000 team members, to survive the worst financial crisis in aviation history,” Chief Executive Scott Kirby said in a statement.

The company hopes to bring back furloughed employees and “emerge as the global leader in aviation,” he said.

United has raised more than $22 billion since March through  debt offerings, stock, and Cares Act relief, it said.

Liquidity stood at $19.4 billion at the end of the third quarter. It reduced operating costs by 59%, it said.