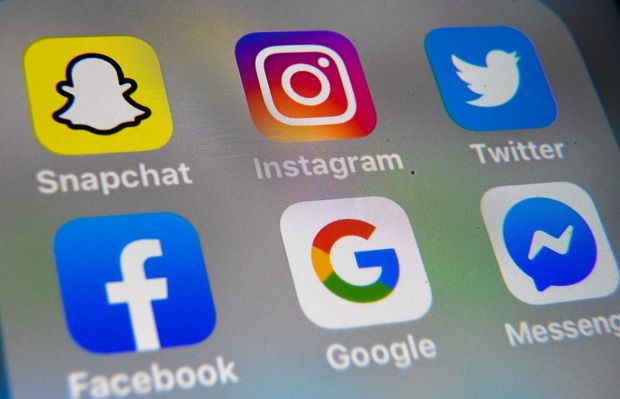 Snapchat parent company Snap Inc. produced much stronger revenue than expected in the third quarter, leading to a stock spike that also benefited other online-advertising companies.

Snap SNAP, +33.07% was boosted by an earnings report released Tuesday afternoon that demolished expectations for online-advertising sales amid the COVID-19 pandemic, and added in a surprise adjusted profit. Snap’s better-than-expected quarter also benefited its rivals in social media Wednesday morning, as Facebook Inc. FB, +4.67% shares gained more than 4%, Twitter Inc. TWTR, +7.98% stock rose more than 7%, and Pinterest Inc. PINS, +8.34% shares jumped more than 10% after an upgrade. Even Alphabet Inc. GOOGL, +2.55% GOOG, +2.62% joined the party, increasing more than 2% a day after antitrust charges were filed against its core Google unit.

Don’t miss: If you’re unsure what to do with Google stock amid antitrust fight, get used to it

“Snap set the tone for digital media earnings by delivering one of the largest expectations beats for a scaled advertising platform in recent memory,” Stifel analysts wrote while maintaining a buy rating and raising Snap’s price target to $40 from $32.

Snap received at least two upgrades to buy from analysts Wednesday morning in response to the earnings report, and price targets were raised across the board, with FactSet tracking at least 25 target increases from analysts reacting to the earnings. They also had some fun with their titles, which included “Snap: As If 2020 Never Happened,” “Ghosting The Virus” and “Snap 3Q20: A Vibe Right Now.”

“We are witnessing an acceleration in the decline of linear general entertainment content consumption, a resurgence in brand spending as advertisers return to the market, ad boycotts by leading brands at Facebook, significant challenges at peer TikTok, a return of highly engaging digital sports content, and an improvement in the types of advertising inventory that Snap is creating,” MoffetNathanson analysts summarized in the “As If 2020 Never Happened” note, which maintained a neutral rating but increased the target price to $39 from $23. “While it isn’t a shock that Snap is doing well, we still marvel at the overall size of the revenue beat this quarter.”

“Snap seems to have made it to the other side of the pandemic earlier than thought,” Truist analysts wrote in one of the upgrades, pushing the rating to buy from hold and raising Snap’s price target to $43 from $25.

“We believe that growing user and advertiser scale, product road map and monetization headroom will yield sustainable profitability starting in FY20, causing us to turn more bullish on SNAP,” they wrote.

In general, analysts stated that the earnings report increases the financial potential for Snap, showing that revenue growth can continue at a high rate and push the company toward profitability, which is still just a theory at Snap.

“The magnitude of revenue and [average revenue per user] acceleration that we’re seeing in the [third quarter], given the company’s already best-in-class growth, will raise the ceiling for investors’ long-term view of the platform’s monetization potential,” Evercore ISI analysts wrote while maintaining an outperform rating and raising the price target to $42 from $35.

With Snap adding more than $10 billion to its valuation with Wednesday’s move, however, there will be fresh concerns about valuation.

“The big question here is whether investors continue to assign a premium valuation multiple to Snap as they see the potential for Street numbers to continue to trend higher and a clear pathway toward self-funding growth,” MKM Partners analyst Rohit Kulkari noted, while raising his price target to $40 from $29 and maintaining a buy rating.

In a market starved for growth, however, at least one analyst answered that question with another question: Where else are you going to find this type of trajectory?

“While the valuation is pushing towards the upward end of Snap’s recent range, we would continue to own shares at these levels as estimates are heading north with equal vigor, and valuation is less of a determinant of stock price performance these days across many areas of tech,” Barclays analysts wrote, while maintaining an overweight rating and pushing the price target to $42 from $29. “We ask ourselves, how many companies in cyclical industries are posting 20%+ upside to Street estimates in the middle of a pandemic?”

The post-earnings revisions pushed Snap’s average price target dramatically higher, to $38.26 from an average of $26.33 at the end of September. With the upgrades, 26 of 39 analysts tracking the stock consider it the equivalent of a buy, while 11 rate the stock a hold and only two rate shares the equivalent of a sell.