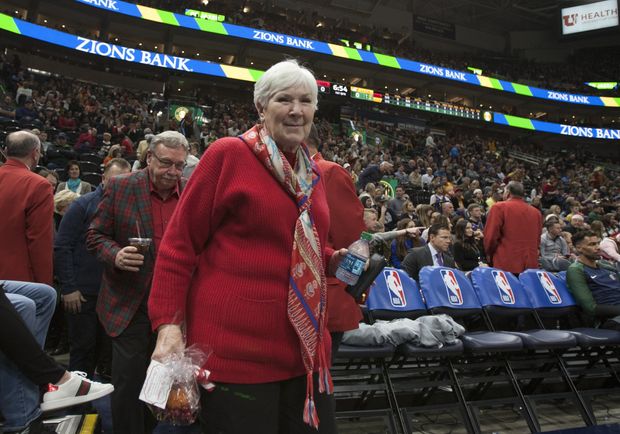 Gail Miller, current owner and Chairman of the Board of the Utah Jazz.

The NBA’s Utah Jazz are being sold to Ryan Smith, CEO and founder of Qualtrics, the team announced on Wednesday. The sale is worth an estimated $1.6 billion, according to ESPN.

The Jazz have been owned by the Larry H. Miller Management Corporation and controlled by Gail Miller since 1986 when she and her husband purchased the team for $22 million.

Ryan Smith’s Qualtrics is an experience management company that was acquired by SAP SAP, -5.62% for $8 billion in 2019.

“I have known Ryan for several years and admire the values by which he and his wife Ashley live their lives,” Gail Miller said Wednesday in a statement. “They have such love for and a connection to Utah and this team. Because of our friendship and several high-level conversations over the years, Ryan recently approached our organization to inquire about the possibility of purchasing the Utah Jazz and some of our other sports and entertainment properties. After much soul searching, lengthy discussions and extensive evaluations of our long-term goals, my family and I decided this was the right time to pass our responsibility and cherished stewardship of 35 years to Ryan and Ashley.”

The Utah Jazz were recently valued at $1.55 billion by Forbes.

Qualtrics is based in Provo, Utah, which is less than 50 miles from where the Jazz play in Salt Lake City.

The NBA board of governors must formally approve the sale.