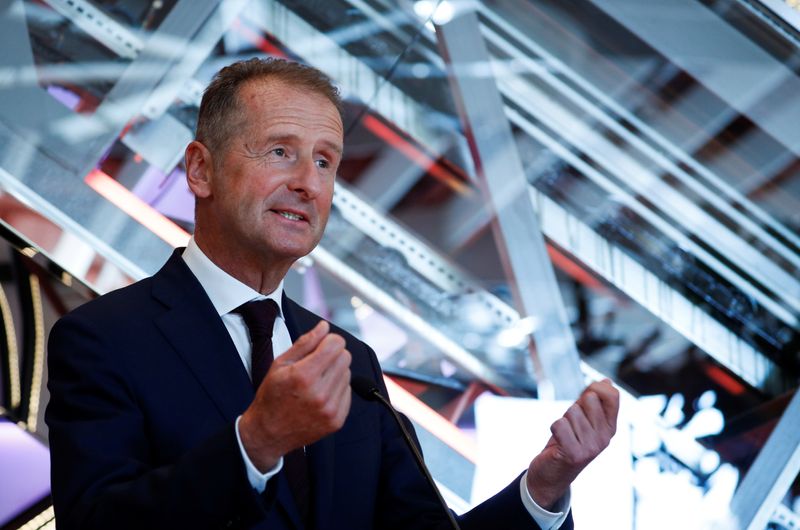 The multi-brand car and truck maker, which owns the Bentley, Bugatti, Porsche, Skoda, Lamborghini and Audi brands, is preparing a strategy meeting next week to discuss long-term trends and implications for manufacturing, investment and sales.

“There are several million cars missing in our planning,” Herbert Diess said at a Bloomberg event webcast on Thursday, adding that sales in some markets are not seen recovering to pre-crisis levels until 2023.

To compensate, Volkswagen will have to slim down its model range, a step which will have implications for some of the carmaker’s manufacturing plants, Diess said.

Volkswagen is doubling electric vehicle sales this year and will double them again next year, he said, adding that electrification will encompass even niche brands.

“Bentley is becoming within the next four to five years an electric brand,” Diess said.

Volkswagen is also seeking to catch up with Alphabet’s (O:GOOGL) autonomous driving unit Waymo in the race to develop a self-driving vehicle.

The auto industry will see self-driving cars emerge in the next five to 10 years, Diess said, adding that he currently sees VW in second place behind Waymo in terms of technological capability for putting an autonomous car on the road.