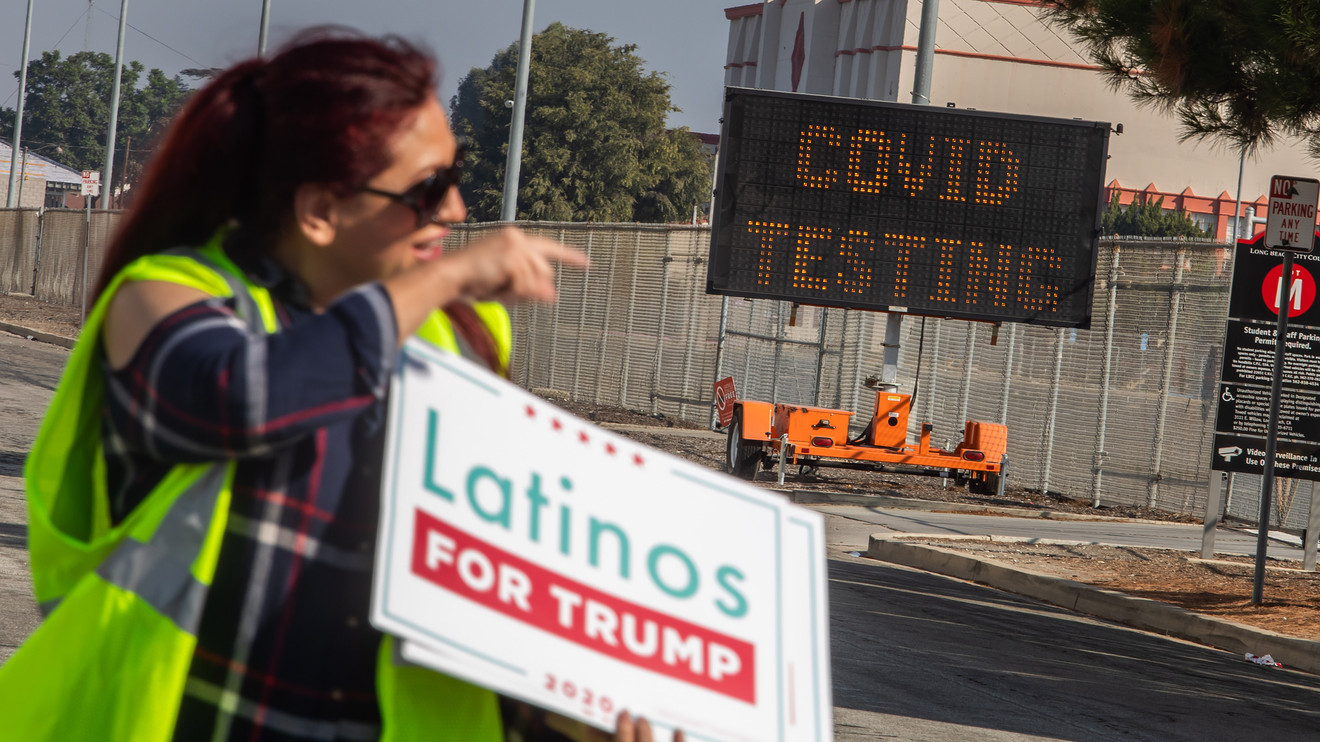 That’s days after President Donald Trump appeared to build out his voting base with Black and Latino voters in the Nov. 3 election, potentially raking in the largest share of non-white voters for any Republican since 1960 by one count.

And that may not be a coincidence.

“It’s possible that some of the new Black and brown voters who turned out in favor of Trump were willing to ignore his numerous transgressions [in] their communities in hopes that he’d be able to return them to the economic conditions that were benefitting them early this year,” Beth Akers, senior fellow at the Manhattan Institute, a right-leaning think tank, said Friday, noting the decades-low unemployment ahead of the pandemic.

Though races in several states are still too close to call, Trump was trailing against Democratic challenger Joe Biden in several pivotal states as of Friday afternoon.

Trump has denied accusations of racism but he’s come under criticism, for example, for his stances on matters like immigration, his staunch opposition to renaming military bases now named for Confederate generals or his charged language calling a Democratic Congressman’s majority-Black district a ‘disgusting, rat and rodent infested mess.’

At the same time, Trump has often noted that Black unemployment rates hit record lows during his administration, a continuation of a trend that started during Barack Obama’s presidency.

Improving jobs numbers may have “some explanatory power for the good showing by the president on election night,” said Alfonso Flores-Lagunes, an economist and professor at Syracuse University. But there could be other factors too, like the campaign’s outreach efforts.

“Just to be sure to make clear, we are nowhere out of the woods in this pandemic-induced recession,” he added.

Akers made a similar point: “The trajectory of the U.S. economy will depend critically on the trajectory of the pandemic in coming months,” she wrote. “The slowdown in growth that we’ve been seeing is worrisome given that the winter months are expected to bring a worsening of COVID-19 transmission and the potential for further limitations on economic activity.”

Overall, the Bureau of Labor Statistics reported that the official national unemployment rate slipped to 6.9%, down from 7.9% in September. That’s off double-digit rates in the spring, as the pandemic and shutdown orders initially spurred mass layoffs.

• Seasonally adjusted white worker unemployment stood at 5.8% in October, down from 6.5% and 9% in June.

Stack those numbers against exit polling showing Black and Latino voters support for the Democratic candidate from 2016 to 2020 still outnumbered their support for Trump, but at smaller margins.

For example, 69% of Black men supported Democratic candidate Hillary Clinton a 2016 exit poll, while 62% in the recent poll opted for Biden this year. Clinton had a 31-point margin with Latino men, but Biden had a 25-point margin.

In another exit poll with an almost 15,600 sample, 32% of Latino voters backed Trump and 12% of Black voters went for him.

If those demographic breakdowns hold true for the entire electorate, it will be the best GOP presidential showing with non-white voters since 1960, according to the National Review, a conservative magazine. In 1960, Richard Nixon gathered 32% of the non-white vote, the outlet said.

It’s important to keep the October numbers in context, according the Economic Policy Institute. “The unemployment rate for Black workers remains higher than the peak of the overall unemployment rate in the Great Recession,” Elise Gould, senior economist, wrote Friday.

The shifting support for Trump and decreasing unemployment rates could hold a lesson for Biden if he wins, said Flores-Lagunes. One possible way to win voter trust is enacting policies that create a strong job market.

So if Biden enacts policies that grow jobs and wages, “that can certainly be in his advantage in the future to cool off the support the president showed.”