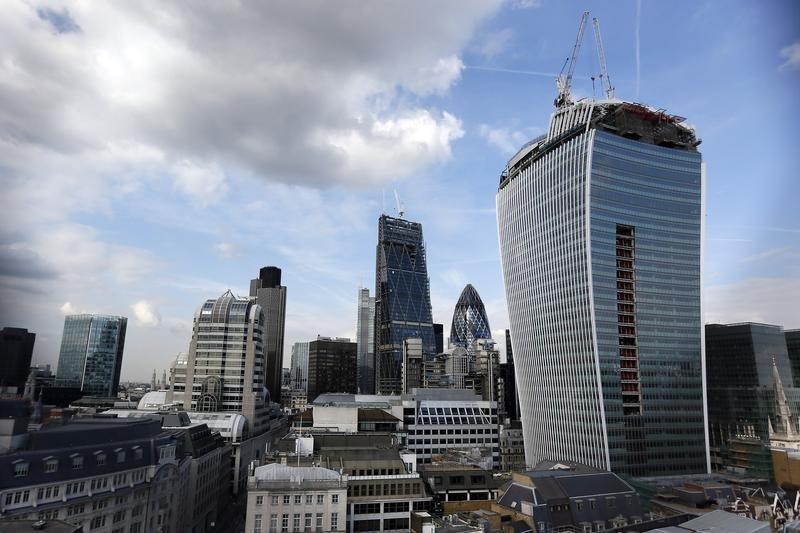 The divide is unfolding as the slump in economic activity damps development, helping the most prestigious buildings achieve high rents and lure yield-hungry investors. At the same time, companies are dumping space they no longer need with workers still cocooned at home, which is weighing on values for anything but fresh buildings that boast top green credentials and first-class amenities.

The split can be seen from the City of London to the West End and beyond. Just this week, British Land Company PLC (LON:BLND) sold its Clarges office and luxury-apartment development overlooking Green Park in upscale Mayfair, at a price more than 7% above its valuation. Yet the landlord’s overall office values declined by 3.1% in the six months through September as vacancy rates rose across the city.

“With so much uncertainty, it is very natural to see a flight to quality and have investors flee to what they perceive to be the best new offices,” Dror Poleg, author of “Rethinking Real Estate,” said by phone. “Unfortunately, I don’t think we know yet what the best is going to be post-pandemic.”

The Clarges sale is one of a handful of eye-catching deals in an otherwise grim year for London real estate investment. Investors spent about 4.1 billion pounds ($5.4 billion) on London offices in the nine months through September, a drop of almost 45% from a year earlier, according to a report from broker Jones Lang LaSalle Inc.

With Brexit looming, developers were already taking a cautious approach to new projects even before the outbreak. That means companies seeking large new offices will have little to choose from in the next few years, particularly the cutting-edge buildings that could help lure employees back to the city center when the virus subsides.

This shortage of supply has helped spur a slew of big leasing deals by companies including Netflix Inc (NASDAQ:NFLX). and law firm Latham & Watkins. Yet new leases overall were down 60% in the first nine months of the year, according to the Jones Lang LaSalle report. The average rent on the best new offices has risen by 12% since the onset of the pandemic in March, while declining by 9% for second-hand space, the broker’s data show.

This divergence is encouraging some developers to start new projects despite the gloomy economic outlook. British Land has decided to start work on a new office-led development in London’s trendy Spitalfields district. Derwent London PLC (LON:DLN) confirmed earlier this month it would push ahead with a large project on Baker Street.

“We will see occupiers prioritize wellbeing, sustainability, adaptability, quality in their office space as they look to evolve the role the office plays for them in their organization and culture,” he said. “We expect that to lead to an acceleration in obsolescence in some of the more secondary, older offices within the London market, which ought to yield development opportunities.”