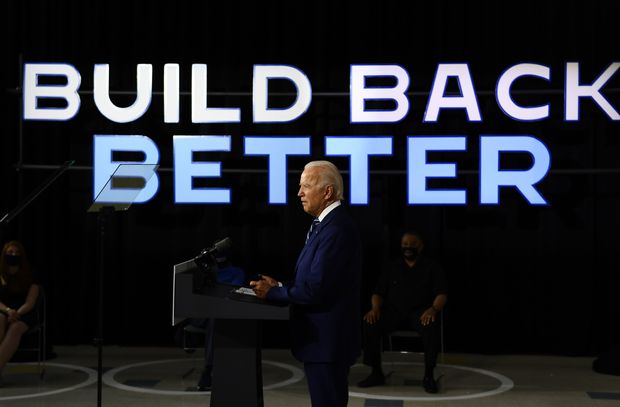 President-elect Joe Biden will have the opportunity to nominate a new chairperson of the Securities and Exchange Commission starting Jan. 20, and given the likelihood of congressional gridlock next year, the choice could be one of the most consequential decisions he makes for financial markets and the economy in the coming years.

Current SEC Chair Jay Clayton, who announced last Monday that he will step down from the role at the end of the year, has been the subject of effusive praise from business leaders and withering criticism from advocates for stricter regulation of financial markets, and a Biden nominee could work to reverse some of Clayton’s deregulatory agenda, experts say.

The trajectory of SEC policy, however, depends on whom Biden nominates to fill the role. Reports suggest that top candidates for the SEC under Biden include Gary Gensler, former head of the Commodity Futures Trading Commission, Preet Bharara, former U.S. Attorney for the Southern District of New York, or former Democratic SEC commissioners Kara Stein or Robert Jackson Jr.

Tyler Gellasch, executive director of Healthy Markets —  a nonprofit consortium of pension funds that advocates for rights of investors — called Clayton’s tenure “the most deregulatory regime the commission has ever seen,” pointing to rule making that has limited the ability of small shareholders to propose resolutions to be voted on at annual meetings; reduced disclosure requirements for public companies; expanded companies’ ability to raise money in private markets and expanded investors’ ability to access those markets.

He hopes that Biden will choose someone “who is committed to ensuring that investors are informed and empowered, and not as focused as the agency has been on relieving the burden on investment banks and issuers of securities.”

Regardless of the nominee, however, investors should expect a more energetic SEC that will work to broaden what public companies must disclose and bring a wider array of enforcement actions against financial firms and actors, according to Chester Spatt, professor of finance at the Tepper School of Business and former chief economist at the SEC. “The classic orientation is Republican regulators have tended to view investor protection issues relatively narrowly and Democratic regulators have viewed it expansively,” he said.

Here are five areas investors should look for a new chair to focus on:

For years, Democratic lawmakers have pressured the SEC to require public companies to disclose more information about how climate change will impact their businesses. They argue that the growing threat of climate change will affect the entire global economy, and investors must have information on how public companies are dealing with these changes in order to make informed investment decisions.

“In order for the SEC to make sure that companies stay honest, disclosure rules have to keep up with changes to our economy and one of the biggest changes bearing down on our economy is climate change,” Senator Elizabeth Warren, Democrat from Massachusetts, said during a Senate Banking Committee meeting last Wednesday.

Liberal Democrats like Warren hope that a new SEC chair will implement new rules that require all public companies to report how climate change poses a risk to their companies, but Craig Miller, partner at Manatt and leader of the firm’s financial services practice told MarketWatch that a new chair could take a more conservative approach by prodding individual companies to disclose risks without mandating that all companies do.

Each year the SEC publicly presents letters to companies critiquing their disclosure practices. “The comment process can hit big companies first,” he said. “Those letters are now public and those requirements will trickle down to all the other companies.”

One area in which Clayton worked to force companies to disclose more information was human capital — with a new rule that says companies must disclose information about their employees and workforce management.

However, “The SEC didn’t provide a lot of guidance as to what that disclosure needs to look like,” Miller said. “They left it up to the public companies.”

Democrats are eager for the SEC to provide much more detailed guidance as to what they’d like to see included in the disclosures, including employee turnover rates, amounts spent on employee training, whether workers are full-time or contract and data on workforce diversity.

A Democratic appointee could be much more aggressive in this regard.

The Clayton SEC has publicized that it has brought a comparable number of enforcement actions and examinations as his predecessor did during the Obama Administration, while winning a record amount of penalties against financial firms, totaling $4.7 billion, helped by a $3 billion combined settlement with the Department of Justice against Wells Fargo.

But commissions observers say these data can be misleading. “A lot of their cases were on the same topic,” said Amy Lynch, a former SEC regulator and president of FrontLine Compliance, adding that the number of actions brought doesn’t tell the whole story with regard to the quality of enforcement actions.

“The previous administration was so anti-government, and it did a lot to prevent the SEC from taking action,” she added.

Healthy Markets’ Gellasch agreed. “It’s not the number of cases that matter, it’s the quality of cases that matter,” he said. “The SEC should be aggressively ensuring compliance by all market participants — regardless of firms’ size, and not just chasing a few big dollar cases or whacking the smallest firms ,” he added, predicting that a Democratic SEC would take a much harder line on financial misconduct.

Clayton continued an effort started by his predecessor to move markets away from a controversial practice whereby stock exchanges pay brokers rebate fees for directing trades to them, potentially setting up a conflict of interest.

A pilot program aimed at understanding the impact of barring these so-called “maker-taker” payments was launched in 2018, but a federal judge forced the SEC to stop the practice in June.

Former SEC chief economist Spatt said that this won’t be the final word on reforming market structure.  “Clayton’s views on market structure might line up pretty well with Democratic regulators,” he said. “There may be more efforts to push on the relationship between brokers and exchanges.”

Another area that may draw interest from a Democrat-controlled SEC are the plethora of new smartphone applications that allow often young and inexperienced traders to speculate on complex instruments, like stock options and futures.

During a Senate Banking Committee hearing last Wednesday, Democratic Sen. Catherine Cortez Masto of Nevada brought up the story of a young college student who committed suicide after believing that he owed investing app Robinhood more than $700,000 due to complex options trades.

The company did not immediately respond to a request for comment, but told MarketWatch in June that ” All of us at Robinhood are deeply saddened to hear this terrible news and we reached out to share our condolences with the family, “

Clayton told the committee that the SEC recently released guidance to online platforms saying that “you need to make sure the people who are trading these instruments have the capability to understand those instruments.” A Democratic SEC may lead a more aggressive crackdown on these applications and the use of complex instruments.