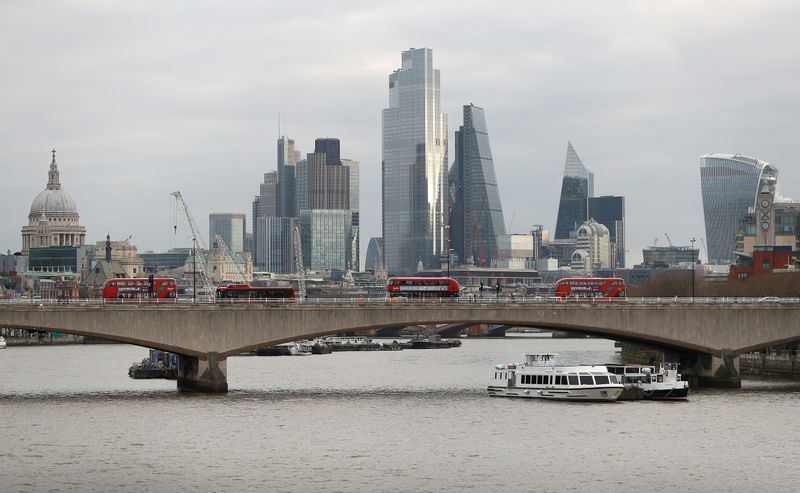 LONDON (Reuters) – London’s dominance of the multi-billion dollar derivatives market is at risk after a European regulator said on Wednesday banks in the European Union will have to use trading platforms within the bloc once Britain fully leaves the EU on Dec. 31.

The City of London’s unfettered access to the European Union, its biggest customer, ends when Brexit transition arrangements expire and Brussels wants trading in euro-denominated derivatives to remain within its jurisdiction or in a country with “equivalent” standards to the bloc.

The Paris-based European Securities and Markets Authority (ESMA) on Wednesday confirmed that EU investors would have to use a swaps platform inside the bloc, or based in a non-EU country that has already been granted “equivalence” or permission, such as the United States from Jan 1.

This will mean that branches of EU banks in London face conflicting EU and British requirements on where to trade derivatives.

The City of London touts itself as the go-to location globally for trading derivatives – the life blood of financial markets, allowing investors to bet on a swathe of assets and hedge risk.

While the rules would not create the sort of systemic disruption of areas such as clearing the contracts, which has already been smoothed over with temporary equivalence, it does signal the EU is prepared to play hardball as Brexit injects a sense of urgency into reducing its reliance on the City of London for core financial services for its economy.

Britain’s Financial Conduct Authority said it will not be adjusting its approach to derivatives trading at this time.

“Mutual equivalence would be the best way to avoid market disruption and meet international G20 commitments. We continue to monitor market developments,” the FCA said.

The derivatives industry has urged Brussels to avoid a clash in rules through a “quick fix” legal workaround, but it now appears this was not possible.

The ESMA said it did not see room for providing different guidance “based on the current legal framework, and in the absence of an equivalence decision by the European Commission”.

The International Swaps and Derivatives Association (ISDA) said no equivalence would mean fragmenting liquidity, raising costs and probably a negative effect on pricing of contracts for end users.

“It means EU and UK firms would not be able to trade derivatives that are subject to both EU and UK trading obligations unless they trade on a US swap execution facility, but that may not be practical or even possible for some,” said Roger Cogan, ISDA’s head of European public policy.

“Given the rules on trading venues in the EU and UK are virtually identical, we think equivalence is justified and necessary,” Cogan said.